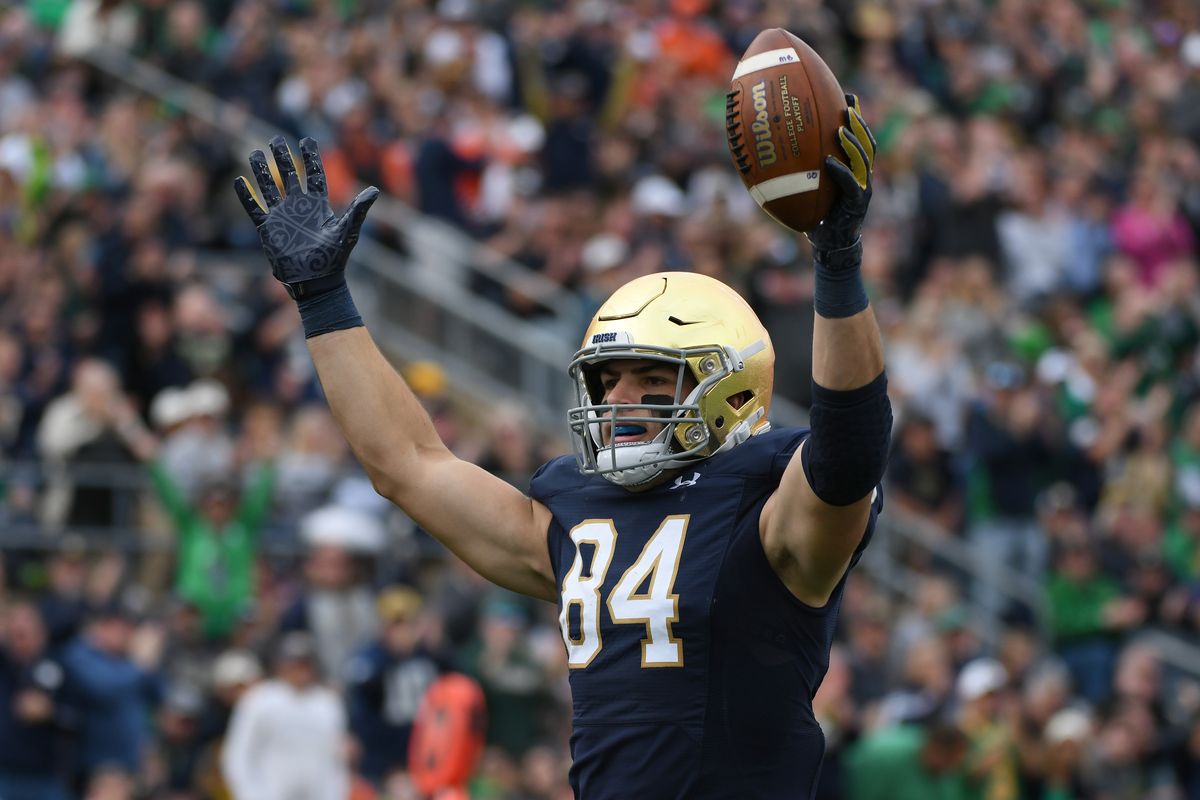 The Bears need to fix their tight-end room, desperately. They signed Jimmy Graham but he is not the future. Their future is Cole Kmet, their selection with the 43rd overall pick in the 2020 NFL Draft.

Kmet, a St. Viator graduate from Arlington Heights, Illinois, stands at 6-6, 262lbs. He ran a 4.7 40 at the combine and is the best TE prospect in this year’s draft.

The Bears TE situation was dreadful last season. Trey Burton, now with the Colts, appeared in just eight games last season and had a minimal impact. Former 2nd round pick Adam Shaheen also battled injury last season and the Bears were left with close to nothing. In the type of offense Matt Nagy wants to run, the TE position is such an important aspect.

Long bodied, early entry Y tight end prospect who is a better pass threat than run blocker at this stage. Kmet should continue to fill out his frame, but his run blocking is too scattered and needs better focus and efficiency as a pro. He can be jammed and slowed by early contact into his route, but once he’s striding, he becomes a legitimate second-level threat with sneaky separation speed and intriguing ball skills.

I thought General Manager Ryan Pace would jump on a defensive back with his earlier selection in Round 2. Was this a reach? Personally, I am going to say no given their next pick, 50th overall, is not too far away. The Beard needed to address the TE position and they did.