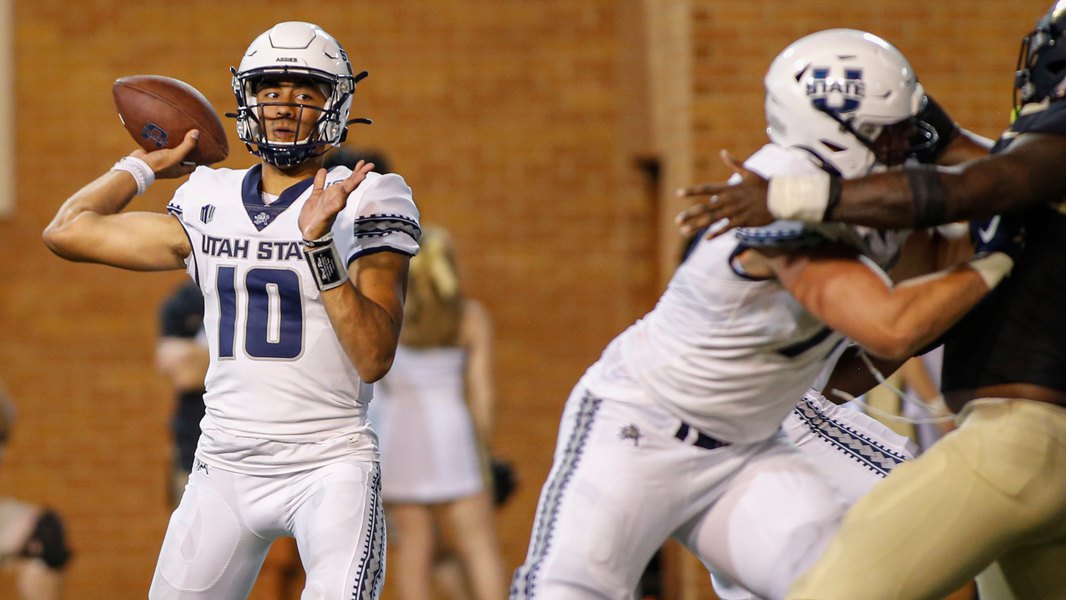 Jordan Love has as much physical talent as any Quarterback in his class. You don’t need to be a master talent evaluator to see that. He has the size, arm, and athleticism to compete at the next level. He also plays in a pro style system and exhibits leadership abilities. He’s poised and calm in the pocket and will climb to get throws off without fear.

He can also throw on the move with nice accuracy both planned and off schedule. He can make all the throws in the NFL at any level and can throw from unorthidox platforms. He can throw with zip and touch and has a very nice deep ball to keep defenses from crowding the line of scrimmage and flooding the intermediate areas as they have to repect the deep ball.

Love can also use his legs to pick up big first downs and score in the red zone. He is enough of a dual threat to give defenses problems and can manipulate them with all sorts of play fakes. Matt Nagy doesn’t appear to be as interested in using his Quarterback as a running weapon but it’s there should he want it.

Love is having a down year which should get him in a position to get to the Bears in the second round. That’s the good part but the bad part is he has regressed. He is not a finished product and with the Bears in win now mode he may need a bridge vet ahead of him until he is ready to play.

He also makes some questionable decisions. However, he isn’t exactly on a team loaded with weapons and a great offensive coaching staff so it is hard to determine if he is taking more risks knowing if he doesn’t take chances the team will fail. He’s also had tons of drops from his receiving targets. That makes it hard to determine just how much of his sometimes reckless play is on him or not. This is where the Bears scouts will have to do a deep dive and investigate how much his play is hindered by circumstances beyond his own doing if at all. He has some nice tape mostly from last season. Here are some of them.

In closing Love is a prospect that should have any Quarterback centric coach salivating at the possibilities of plays you can unleash in your playbook. For Nagy he can reinstall the pages he ripped out because Trubisky could not handle the volume and the intracitacies of all the options built into every play. If Love pans out cerebrally there are no physical limitations this kid will put on the system Nagy runs. He’d finally be able to push the ball downfield as he so desperately wants to do now. This will in turn open up the running game as well as all three levels of the route tree. Then, we may actually see the genius that we all thought and some still think is Matt Nagy.