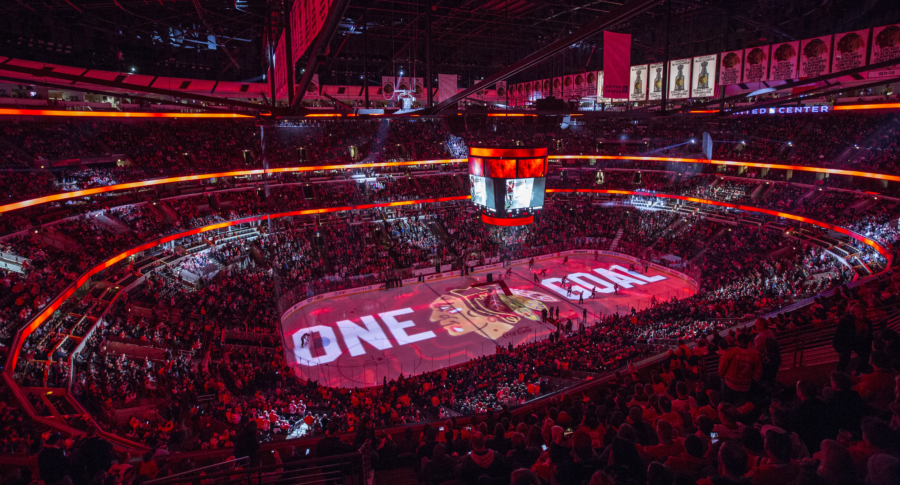 Regula, 15 points in 14 games this season, was recently acquired from the Detroit Red Wings for Brandan Perlini. Regula had not yet signed with the Red Wings so the Blackhawks owned his right and had to get a deal done by June 1, 2020 or he would be free to sign with another team.

This deal adds another defenseman to the Blackhawks depth chart. This has been a focus of Stan Bowman over the course of the past few years, spending multiple first round picks on defenseman like Henri Jokiharju and Adam Boqvist. Others include Ian Mitchell and Nicholas Beaudin. With Jokiharju now out of the picture after being traded to the Sabers for Alex Nylander, Boqvist and Mitchell are the pillars of the future.

With the blue line seeing this much turnover, whether it’s calling up younger players or trading for veterans, a strong pipeline is needed. Eventually, Duncan Kieth and Brent Seabrook are going to be gone. That is two big holes to fill, and a lot of pressure is going to be put on the likes of Boqvist and Mitchell to step in and perform.

Looking at the Blackhawks system depth chart, it is a long list of defenseman prospects. Check it out and learn these names because Kirby Dach and Boqvist are just the start of the youth movement.

Connor Murphy, we need you

Murphy, who has been sidelined with a groin injury, is eligible to come off injured reserve and return Saturday in Nashville. He has not returned to practice but has returned to skating.

Through six games this season, Murphy has yet to register a point. However, it does not mean his play on the ice is a negative one. Currently, his CORSI sits at 57.3, first among Blackhawks players. While he’s played significantly less, it is still something to be aware of.

Duncan Kieth had been Murphy’s defensive partner in the opening games of the season and the duo was working quite well until injury struck. Upon his return, head coach Jeremy Colliton will likely revisit that pairing given their success. And with Muphry’s return closing in, the Blackhawks will have to make a roster move to avoid carrying eight defenseman. Will they send Boqvist back down? Will Slater Koekkoek be waived? These possibilities along with moving Erik Gustafsson could be in play from Bowman.

The easy choice would be to send Adam Boqvist back down to Rockford. While he has been playing well in the NHL, it causes the least amount of roster shakeup. Also, Boqvist is coming up on his nine game limit or the Blackhawks will burn a year off his entry-level contract. However, an even easier option would be to waive Koekkoek and continue to have Boqvist grow in the NHL. Yet when healthy, would he be carried around as a seventh defenseman and swap in and out of the lineup with Gustafsson? The Blackhawks do not want Boqvist sitting in the team suite. He needs to be playing every night whether that is in Chicago or down in Rockford which is why the Blackhawks may lean to send him down to Rockford to play top pairing minutes. Overall, the Blackhawks can go many directions once Murphy returns and there has been no hint of what they will do.

Patrick Kane is on another one of those hot streaks

The Blackhawks can be a dangerous team when their stars are rolling. And with a young supporting cast starting to emerge, this team can compete with the best of the best. And that was on display Sunday night in their 5-4 win over the Toronto Maple Leafs.

Kane had another one of those night we are accustomed to over his time in Chicago. Currently riding a six game point streak, Kane scored twice and added on an assist to bring his point total to 20 on the season.

This was goal number one Sunday night. Kane doing what he does so well, being patient and finding an opening to fire the puck to the net.

His second goal was a beauty. Kane off the backhand and it’s one of the best shots in the league. Both of his goals were apart of a 4-goal first period for the Blackhawks.

We really have to go back?

The Blackhawks will have a few days off before embarking on a two game trip. First, they will travel to Vegas Wednesday followed by a trip to Nashville on Saturday night. The Blackhawks first game against the Predators this season was one of the ugliest hockey games anyone has seen in a while. The Blackhawks were outshot 51-20 and lost 3-0. Since then, the Blackhawks have took some steps in the right direction. Fans will hope for a much tighter game come Saturday.