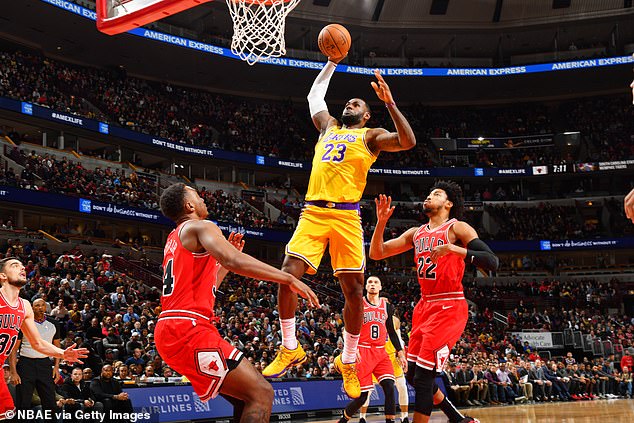 It was roughly a week ago when the Chicago Bulls suffered a crushing defeat to the Los Angeles Lakers in a game they lead by double digits throughout most of it. For three quarters the Bulls were draining three-pointers and suffocating stars LeBron James and Anthony Davis defensively. A huge run to start the fourth quarter by the Lakers erased the 19-point Bulls lead in the blink of an eye, which greatly changed the atmosphere of the United Center crowd. No it did not get quiet, it kind of got louder.

Yes, there were loud chants for the opposing team in Chicago. One could just look around and see large patches of blue and gold among the sea of red in the seats standing and cheering as the Lakers shot and dunked like mad in the fourth quarter. While no official numbers exist, there had to be an estimate 7,000 – 9,000 Lakers fans in the building that night. It was an insult to injury for the Bulls faithful watching either in person or on TV. Some Bulls fans on Twitter who attended the game last week described themselves as being “surrounded” by Lakers fans.

Most die-hard Bulls fans throughout most their lives probably never imagined a scenario where the United Center would be a hostile environment. Good or bad, the Bulls fans buy the tickets and fill the building on a nightly basis. The Bulls regularly finish among the top in attendance in the league and traditionally have not let other fanbases take over the house that Jordan built. Same could not be said week, and it is not the only time the opposition has gotten noticeably cheered for lately.

Who can forget last year when Klay Thompson broke the record for three-pointers made in a single game against the Bulls at the United Center? A mix of Warriors and Bulls supporters began cheering loudly for each three as the Bulls were down by over 40 points. It is always cool to see sports history, but the Bulls were on the wrong side of it and an opposing star player got the ovation in Chicago.

Heck, look at former Bulls hero Derrick Rose who got the biggest standing ovation for any Detroit Piston ever in Chicago. The circumstances there are obviously much different than an opposing fansbase making a presence in your building, but regardless the focal point of the game in Chicago was not necessarily the Bulls. It is sad, and a reminder of the state of this franchise.

The Bulls are 52-122 since they began their current “rebuild” in the summer of 2017 and naturally there has not been a lot of excitement for the fans who go to the games. Now when your building gets turned into a hostile environment, that is when you know it is really bad.

Back when the Bulls were good with Rose in his prime, who could have imagined a team with LeBron James on it would be getting the clapping and cheering from spectators as the United Center? The amount of apathy from the fans is obviously a big factor, and lets face it, there are a lot of basketball fans who are fans of players over teams. LeBron fans made themselves vocal, as did the Bulls fans who remembered the good days of Derrick Rose. They got more attention than the current Bulls team itself, and if things do not improve, more of this will be seen.

There is a long way to go in this season and there will be plenty of other stars that will come and play at the United Center. Certainly groups of Bucks supporters will attend when Giannis and company come to Chicago. When the Clippers come to town there will likely be a number of Kawhi Leonard jerseys in the stands. So on, so forth.

Chicago misses the Bulls being a force and the United Center rocking with 20,000 loud fans sporting red. The light at the end of the tunnel is a bit hard to find right now.