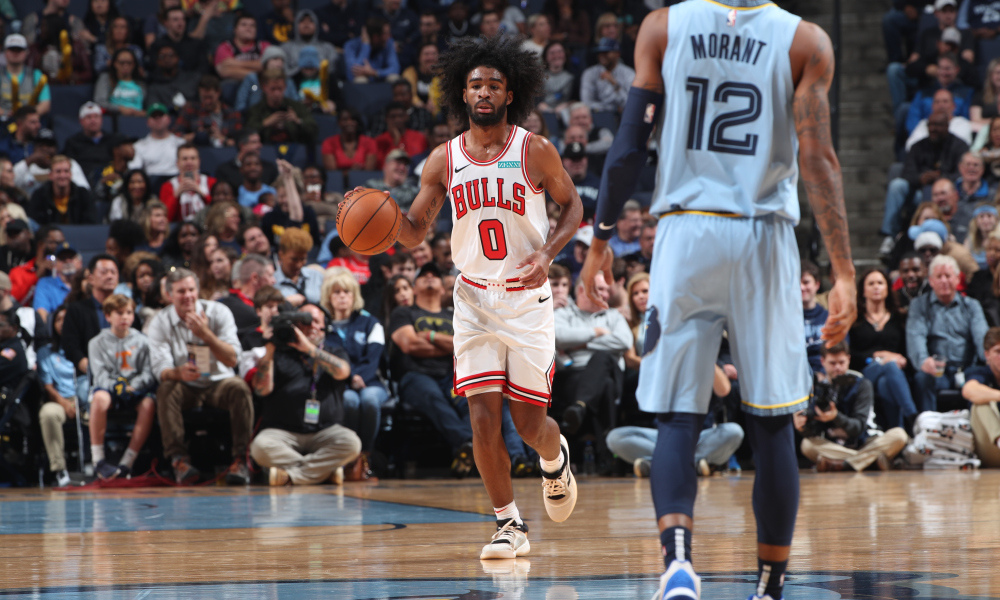 This roster will earn a postseason berth? If it lives up to the hype, the Bulls are certain to earn a spot in the playoffs.

The Bulls watched an 18-point lead go away Monday night in the Garden as they fell to the Knicks, previously winless. And it got worse. The Bulls failed to score in the final 3 minutes, 33 seconds of the ball game. They now sit at 1-3 and while we are just getting started, Jim Boylen’s group is not forming good habits in a pivotal season of the rebuild. Wendell Carter Jr. had a lot to say after Monday night’s loss but one quotes in particular sums up the Bulls season to date.

Joined by my new WCC writer Colton, we discuss four takeaways from the first four games of the season

The emergence of Coby White

Thomas: Coby White has been an explosive scorer off the bench for the Bulls through four games. He’s going to run the floor, push the pace, and knock down three-point shots.

The hope is that White develops into the point guard of the future (Bulls fans have heard that before), but right now he has taken the role of a streaky scorer off the bench for Jim Boylen. The “Ben Gordon role” as some people are calling it. He’s owned his role and if Satoransky continues to struggle in the starling lineup, a change should be made.

I really believe that if Coby white was inserted into the starting lineup with Zach Lavine by his side that they could be one of the top duos in the NBA. Bulls fans, including myself, are very high on White and could easily walk away with the rookie of the year award.

Thomas: The Bulls have invested in veterans to bring in and make this team competitive. Satoransky and Porter Jr. are two of them who have failed to make an impact through four games.

Porter Jr. needs to be the knockdown shooter and hard nosed defender in the lineup for the Bulls. It’s been his identity in the league and we saw a glimpse of it last season after being acquired from the Wizards. He came with a steep price, but the Bulls addressed a major need of a wing to go alongside Zach LaVine. For Satoransky, he’s a playmaker. It was one of their highlight signings off the offseason because of his ability to find the open shooter while shooting very well from three-point land himself. We have yet to see him have a large impact offensively for the Bulls. That needs to change otherwise a lineup change may be forthcoming.

Colton: I don’t personally like Tomas Satoransky. Therefore, I think White should take his spot in the starling lineup. It is a better option for the long term.

Wendell Carter Jr. produced his best game to date on Monday at MSG

Thomas: Carter Jr.’s performance Monday night was a great all-around game for the second-year big man. He ran the floor, got to the free throw line, grabbed rebounds, and totaled three blocks, a big part of his game. Missing time in training camp and the preseason was not ideal for Carter Jr. but Monday’s game was a perfect example of what Carter Jr. can do night in and night out.

Colton: Wendell Carter Jr had a solid performance Monday against the Knicks. The second-year big man scored 20 points along with 10 rebounds and 3 blocks. It was enjoyable watching him run the floor and standout on the defensive end.

Where do the Bulls go from here? Make a change to the starting lineup? Adjust the rotation? Is it just effort?

Thomas: I doubt the Bulls make any changes to the startling lineup Wednesday night in Cleveland. It’s a fairly small sample size. What does need to change it the Bulls effort on the defensive end. They need to do a better job of closing out shooters, a weak point thus far. Their defensive rotations have looked good at times but they need to be better.

Colton: Put White into the starting lineup. I think it will give the Bulls a much needed boost.