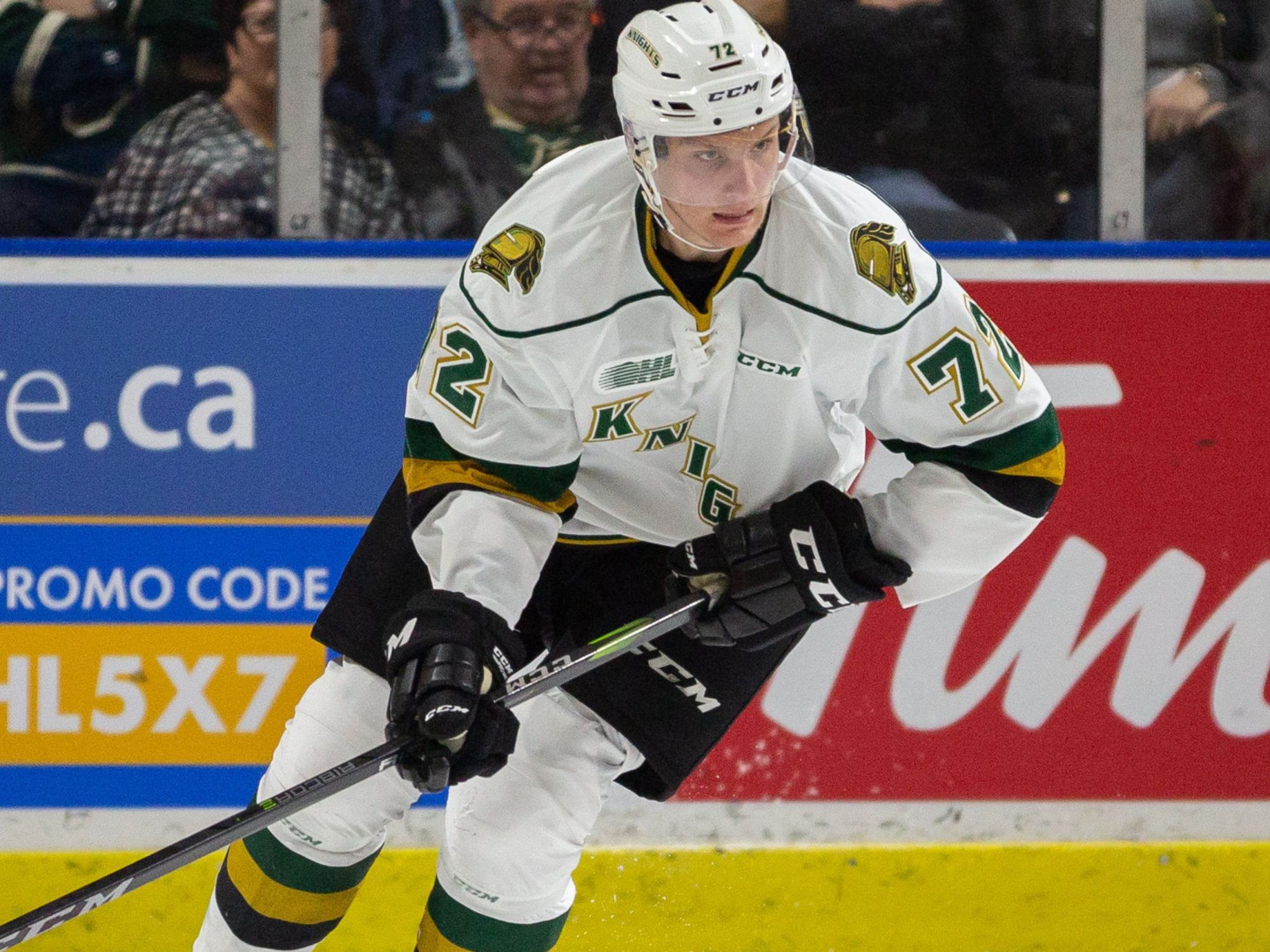 The Blackhawks traded Brendan Perlini Monday afternoon, a week after he requested to be traded.

Perlini, who came over with Dylan Strome last season in the Nick Schmaltz deal, appeared in just one game this season for the Blackhawks. After playing regularly last season, he looked liked a solid bottom six forward with streaky scoring ability. Yet, the Blackhawks have found other forwards they like in Alex Nylander and Dominik Kubalik which led to Perlini being the odd man out.

In return, the Blackhawks receive the rights to defenseman Alec Regula. Regula, drafted by the Red Wings in the third round of the 2018 NHL Entry Draft, has spent the last two seasons with the London Knights. He is back with the Knights this season and currently has 11 points through 10 games.

Analysis of the move: This move is a win for the Blackhawks. They were able to get something for Perlini and add another young defenseman to their already stacked pipeline. The next step for the Blackhawks is to get Regula to sign his entry level deal by July 1st, 2020 or they will lose the rights to him.

From what I have read, Regula is a stay at home defenseman. At 19 years-old, he is going to be a raw skater but plenty of upside. The Blackhawks have made young defenseman a priority the past few years in the draft and they grab another one Monday in their quest in building their future blue line.