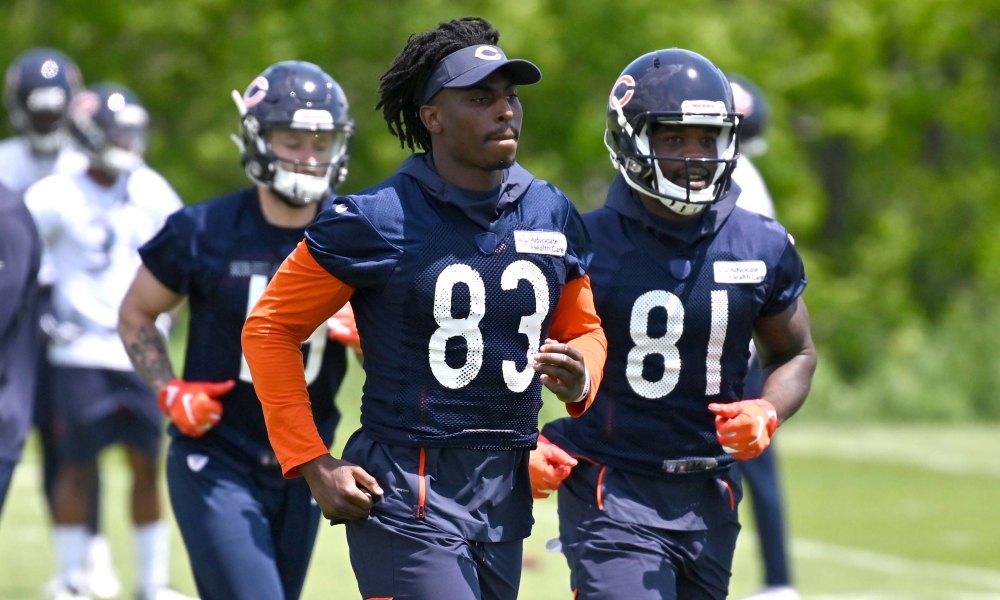 The Bears begin their preseason schedule on the lakefront tonight versus the Carolina Panthers and we can finally say football is back. While preseason football is not jump off your couch exciting, it’s still football that we have been waiting for since the final seconds ticked off the clock at the Super Bowl in February.

We will not see any starters tonight for the Bears, that’s a given. Every coach has their own philosophy on how they want to bring their players along and most importantly keeping your best players healthy for Week one. So tonight at Soldier Field, it is going to be a lot of bottom of the roster guys fighting for a roster spot or the opportunity to be on the practice squad running the scout team every week. But there is plenty of reasons to be excited as the competition will be high and heat up in the coming weeks.

The Bears have revamped the running back room this summer, a weak point on offense last season. They signed Mike Davis, drafted David Montgomery and Kerrith Whyte Jr. to join Tarik Cohen and Ryan Nall heading into camp.

Last season, the Bears kept just three running backs. So if final rosters were announced tomorrow, it would be Cohen, Montgomery, and Davis. But I think the Bears could lean toward keeping four backs knowing what Whyte Jr and Nall bring to the table. First, Whyte has serious speed, clocking a 4.3 40 dash at his pro day. He has over a 1,000 yards from scrimmage last season for Florida Atlantic to go along with 10 touchdowns. He can also be a threat in the passing game. He may not be as shifty as a Cohen type player but his open field speed is legit. Over to Nall, he’s a big back who would really benefit in Nagy’s run game. He’s also a threat out of the backfield in the passing game. This is the battle for the Bears to think about keeping four running backs. Both have similarities and specialties and this will be enjoyable to watch over the preseason.

Montgomery is going to get his touches too. While his roster spot is not in question, it will be interesting to see how much run the Bears give the rookie back knowing his importance to the offense. During camp, Montgomery has a lot of people talking and we will finally get to see it live Thursday night.

Ryan Pace made it a priority to surround Mitch Trubisky with weapons last offseason. He signed Allen Robinson, Taylor Gabriel, and Trey Burton last offseason to give Trubisky big and trusty targets. And the work did not stop there. Pace added Montgomery and Riley Ridley in the draft to further bonafide the offense. This offense can be very dangerous if everyone stays healthy and Trubisky clicks with his variety of weapons.

Looking at the depth chart, Allen Robinson, Taylor Gabriel, Anthony Miller, Cordarrelle Patterson, and Riley Ridley are locks to make the 53-man roster come September. The Bears kept six receivers last season so that leaves one spot up for grabs to Javon Wims, Emanuel Hall, Marvin Hall and others to gain the trust of the Bears offensive staff.

Wims has been a highlight reel at training camp so far. He’s taking advantage of first team reps and has been a downfield and red-zone target for Trubisky. He made plays in the preseason last season to earn a spot on the roster. The former 7th round picks brings a 6-4 frame and that’s an ideal target for a quarterback. Emanuel Hall was an undrafted rookie out of Missouri and he has earned some first team reps and that is not to be taken lightly. They may not be taking many reps with Trubisky in the preseason but it’s important for them to stand out in the preseason if they want to make the final cut. These two have the best chance to make the team and watching them go to work in a real-game situation should bring out the best of them.

The tight-end depth after Trey Burton and Adam Shaheen is well, scary. It’s a sizable group of undrafted rookies. to go along with Bradley Sowell and Ben Braunecke. The Bears may find a keeper among the group but there is no way they will be ready for a big workload come Week one.

Sowell an Braunecker are the other veterans on the roster. Sowell switched positions this offseason, formally an offensive lineman, and while Braunecker has primarily been a contributor on special teams, his role on offense could increase if injuries were to take out the upper-level roster players. Both of these guys need to impress Thursday night and beyond because the Bears need to solidify a plan b.

How many tight ends made the roster last season? Five. So again, there could be a spot open for a Dax Raymond or Ian Bunting. These would be projects for the Bears and one may end up on the practice squad but there is plenty of traits to like in these players to watch Tyler Bray throw passes to them tonight.

These are just three positions I chose to highlight but there are a lot more to key in on tonight. Other draft picks like defensive back Duke Shelley and Stephan Denmark will get plenty of reps tonight and all preseason long. Second-year players like Kylie Fitts, Bilal Nichlos, Joel Iyiebuniwe, and Kevin Toliver Jr. want to prove they belong in rotations on game day. There is a lot of young talent on the Bears and while second and third stringers may not be prime time football, it’s a reason to turn on the game tonight.