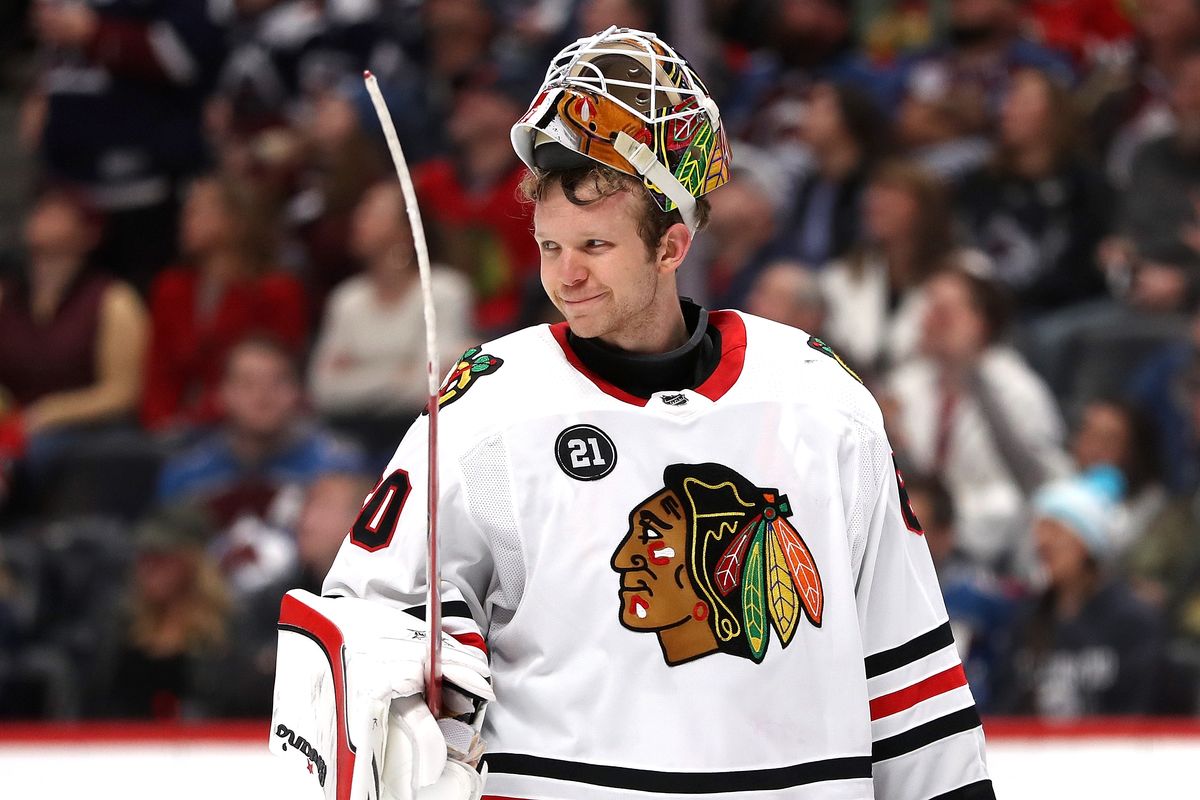 Here are my takeaways from last night’s thrilling game, where the Chicago Blackhawks won 3-2 in overtime over the Colorado Avalanche.

Patrick Kane is on fire!

After putting up a hat trick on the Minnesota Wild last Thursday, Kaner showed why he is still one of the premiere players in the league. He figured in all three Blackhawks goals, scoring two and getting the primary assist on Alex DeBrincat’s power play goal. Kane enters the second half of the season with 22 goals, on pace to score 44 for the year. He notched 46 goals when he won the Hart Trophy at the end of the 2015-2016 season. That year, he had 23 goals through the first 41 games. I should also point out that Kane scored his 22 goals this year while only having semi-stability on his line. He has played with four different centers and five or six different left wingers so far this season.

One of the main factors that contributed to the eight-game losing streak that the Blackhawks surpassed earlier this year was their poor starts. In that time span, they had a goal differential of -21. There were games when they would not even score in the first frame, finding themselves after 20 minutes in three- or four-goal holes that they ultimately wouldn’t be able to climb up from.

This trend seemed to have reversed itself, though. They have scored the first goal in seven of their last ten games, and have held the lead after twenty in six out of those seven games. They are no longer chasing games and have been better at holding the lead. More importantly, they have since turned that -21 goal differential into a +5.

In his 17 games since donning the Indian Head, he has notched 13 goals (6 G, 7 A). He has had three multi-point games in a row, the first in his career. After the trade, people (myself included) salivated over his chemistry with former Erie Otters linemate Alex DeBrincat. But it’s his on-ice chemistry with Patrick Kane that has proved to me the kindle that had ignited the Blackhawks offense. Together, they control 43.6% of the shot attempts that they create. They are also shooting at a clip of 15.7%, which means that more often that not, they are converting. In their last four games, Kane and Strome have combined for 18 points (10 G, 8 A). With the sample size getting, well, sizeable, it’s looking like Strome is benefiting from the change of scenery that came with his trade, and might be the elusive second line center that Kane, and the Hawks, has been looking for.

Collin Delia is now 3-0-0 this season. He was once again excellent in net for the Blackhawks, stopping 30 out of 32 shots that he faced against the Avalanche. His save percentage now stands at .957, but most importanly, he has provided much needed stability in the back end. It makes a difference when you know you have a solid goalie. How much of a difference? Take Brent Seabrook’s game last night, for instance. Seabrook was really effective last night. And Duncan Keith has been having really good games lately. We are also starting to see the Hawks d-men jumping into plays and contributing offensively.

Delia’s recent performance has now fueled support for him to be the starter for the Winter Classic. I think it’s a good idea. He has earned the right to start such a big game. And I think it would be good for his play and his confidence going forward if he earns this nod from the organization.

While the Blackhawks have won six out of their last nine contests, the fortunes of the other teams in the Central Division have not been as good. The Winnipeg Jets, currently first place in the division, have won only three of their last six games. The Wild have won only three out of their last 13 games. The Avs are now losers of four straight tilts. The Nashville Predators have now dropped six straight games, including a 4-3 loss to the New York Rangers yesterday. The Dallas Stars are suffering from a far different malady, with their CEO Jim Lites tearing into his star players Jamie Benn and Tyler Seguin Friday afternoon, calling their recent play “horseshit” and “embarassing”. The St Louis Blues, who are currently in last place in the division, have been see-sawing really hard, following up their 4-1 drubbing of the Buffalo Sabres Thursday by being shellacked 6-1 by the Pittsburgh Penguins last night.

I’m not saying that the Blackhawks are perfect. They are currently still below .500, with a 15-20-6 record. They are seventh in the division and are seven points out of the last wild card spot in the West, currently held by Dallas. Their current 6-2-1 run includes a 3-6 loss to the Florida Panthers and a really bad 3-7 loss to the San Jose Sharks two weeks ago, the game that saw the sidelining of Corey Crawford with his second concussion in as many years. But, it is still a 6-2-1 run, and they are entering the New Year with a lot of confidence. As I always say, it ain’t over til the math says its over.

The Blackhawks are back at it on New Years’ Day, when they and the Boston Bruins take it outside at Notre Dame Stadium in the 11th iteration of the Bridgestone Winter Classic.