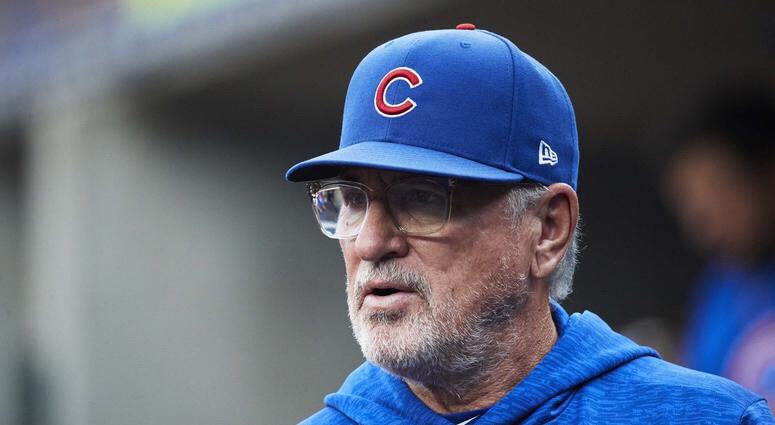 As shocking as the headline may sound it has happened before. Joe Girardi was let go by the then Florida Marlins after winning Manager of the year in 2006. There have been countless others who have gotten fired shortly after winning the award. Of course it worked out for Girardi as he went on to manage the Yankees and win a World Series as their manager. By the way keep that name in mind. He is available.

Now, do I think Maddon will be fired Manager of the year or not? No, nor do I feel he deserves to be. He has at the very least earned the right to manage the final season of his contract. However, there is enough noise to at least consider the possibility.

The latest news reinitiating this speculation are these quotes by Cubs team president Theo Epstein in regards to Brandon Morrow‘s injury. “He was someone we were going to stay away from,” Epstein said. “He came in. I think that’s a lesson learned — never to stray away from the structure we had for him no matter what’s going on in the game.”

Theo Epstein is no idiot and is as calculated as he is transparent when he says things on record. There is no way that he utters these words without knowing the Maddon on thin ice debate occurs amongst media and fans alike. Especially with Maddon not getting an extension. One would have to assume this is some kind of cryptic message being sent towards Maddon’s direction.

He than followed those comments by adding this tidbit.“I told him next year when he’s down he’s not going to be allowed to have his spikes on.”
Another statement that clearly suggests Maddon was talked into pitching him on his third straight day even though a memorandum was in place to not do so. This statement gives the impression the club is no longer going to entrust Maddon to be responsible enough to uphold these memorandums regarding playing time and limiting injuries.

This was not helped by the recent controversial decision to bat Strop in a one run game with men in scoring position late with one out rather than pinch hit and add runs. This of course led to Strop’s pulled hamstring.

A picture is being painted that Maddon might be some rogue throw caution to the wind without regard of consequence manager. It’s starting to look more and more like the skids have been greased for Maddon’s possible ousting.

This possibly started the minute after the Cubs won the world series and the Cubs brass of Jed Hoyer and Epstein openly questioned some of the decisions Maddon made in the 2006 World Series in various interviews. There’s the famous HBO Real Sports interview with Epstein being asked about the useage of Aroldis Chapman by Bryant Gumble. Epstein than mentioned Maddon blowing a seven game series (unsolicited) when he managed the Tampa Bay Rays against Epstein’s Red Sox.

I don’t think they fire Maddon this year but I also don’t see an extension unless another championship is won and won not in spite of Maddon’s questionable moves. After all, Maddon has done a masterful job of keeping this team on course and has so far led them to the National League’s one seed.

Epstein and Hoyer have their own gaffes they have to account for. There was the failed acquisition of Yu Darvish and Tyler Chatwood who were being counted on to be at the top and bottom of two thirds of the rotation. Darvish through injury and Chatwood through poor performance. Than there was the Morrow move who has been injury plagued throughout his career. And guess what? I think Epstein takes this into account and allows Maddon to coach out his deal and makes him earn his next contract even if the Cubs get bounced in the post season.

I do feel that looking at the landscape of the league Maddon is the leading candidate to win the Manager of the year award. He has overcome a slew of injuries and even though the Morrow and Strop injuries could be argued as self inflicted he has navigated through both injuries and has the Cubs bullpen performing among the best in baseball.

He’s pushed the right buttons to overcome off years by Willson Contrares and Addison Russell as well as injuries to guys like Russell and former MVP Kris Bryant. There is also the recent Jason Heyward hamstring injury and various ailments including Kyle Schwarber‘s and Anthony Rizzo‘s back troubles which have contributed to their offensive struggles early on.

The funny thing is if the Cubs do go into the 2018 post season with the top record you can say Maddon deserves to be the Manager of the year and you’d be right to say so. On the flip side, if the Cubs get bounced unceremoniously from the playoffs as the favorites and you said he deserves to be fired you’d also be right to say so. Ah baseball. Random, grinding, and oh so exciting.