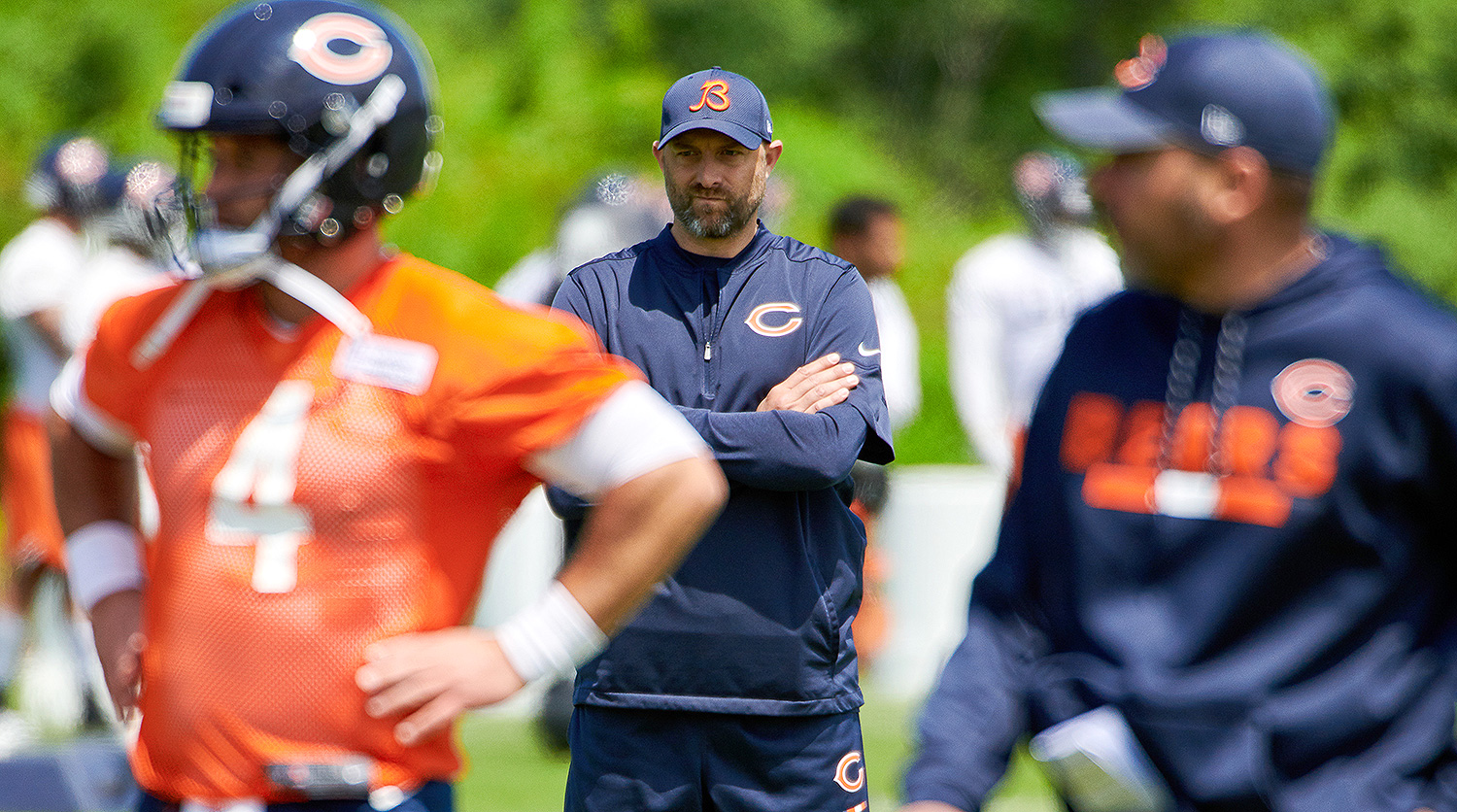 We are just a few days away from the first NFL game of the season. It all starts with the Hall of Fame game between the Chicago Bears and Baltimore Ravens. Under new coach Matt Nagy and gunslinger Mitch Trubisky, the Bears look to be a much improved ball club. The defense is back together, the offense had made some new additions, and Nagy has surrounded himself with a very impressive coaching staff. I’m as ready as the next guy to get this train in motion. Can’t wait for Thursday night.

There is a lot of positive energy surrounding this team. First, a new head coach always has its own excitement. But after signing Allen Robinson, Trey Burton, and drafting Roquon Smith and Anthony Miller, Bears fans could not be happier with the direction of this team. Fans have flocked to Bourbonnais to watch this team in action and through what I’ve seen on video and read through multiple outlets, the sky is the limit.

Again, a lot of action in training camp is to be taken with a grain of salt. A few practices have been in just helmets and many know not to start evaluating until Sunday’s come along. But here are three  takeaways from Olivet Nazarene that caught my attention.

Matt Nagy is not concerned about Mitch Trubisky’s interceptions, and they should not have you concerned either. It’s a new system, and a complete 360 from John Fox and Dowell Loggains last season.

“Right now, I don’t care about interceptions. I truly don’t,” Nagy said this weekend. “I love the fact that he’s trying to learn this offense and make throws. I’d rather him do that than take the five yard check-down. I need him to test it right now.”

Nagy is right. How is his QB supposed to learn without taking chances? This offense is pretty intricate and it is going to take sometime. We have seen some great throws from Trubisky and some that make us question what he is looking at. But it’s called training camp for a reason.

Another angle is that Trubisky has an entirely new group of weapons around him. It’s going to take some time to get on the same page with these guys, especially when the pads come on. 7 on 7 may look great but 11 vs. 11 is a different story. And don’t forget, this defense has been together for awhile now. They should be ahead of the offense.

You also have to give credit to the defense for the takeaways, something that has lacked in Chicago in recent years. The Bears have some ballhawks in the secondary, mainly Eddie Jackson and Kyle Fuller, but Prince Amukamara has been around the ball so far in camp. So don’t get too caught up in the interceptions. Look for growth and throws Trubisky make you go “WOW!”

Prince Amukamara making plays on the ball is a highlight of camp. Throughout his career, he has not been tagged with being a “ballhawk” or has produced high interception numbers. The former first round pick in 2011 has not had an interception since 2015. But he believes that is going to change.

I’m looking for a 10-pick season,” Amukamara told Chicago Tribune’s Dan Wiederer this offseason. I’m reaching for the stars right? But at the same time, I know what I’m capable of.”

10 interceptions? Talk about setting your goals high. Is that even possible for the 29 year-old veteran? Never say never. You could look to Amukamara’s low takeaway numbers because he really does not get thrown to a lot. That speaks to his solid coverage. Even if the takeaway’s are low, we know he is going to come up and tackle. His aggressiveness in the run-game is why the Bears signed him last season and gave him an extension this offseason.

Along with Fuller’s instincts and Amukamara’s aggressiveness, the Bears secondary could match up with some of the best in the league. The Bears could have addressed cornerback in the draft but chose to brought back Prince and I’m not against that. This guy knows the system and is a great example for the younger players. I’m expecting another big year from number 20.

Adam Shaheen is making plays in the red zone, and everybody loves it! When you are talking about a red zone target, a 6’ 6” 270lb man is a great place to start.

Last season, we got a glimpse of why Ryan Pace drafted Shaheen in the second round. His hands, route running ability, and ability to overpower the defenders stuck out on tape. The Bears have so many offensive weapons that its going to very interesting how they will all be used, but it looks like Shaheen’ role is going to be very clear. The Ashland product has made some impressive catches for scores so far this camp and is overpowering the defender. Sure the Bears will have Allen Robinson on the outside and Jordan Howard to pound it in from the one yard line, but throwing it up to a 6’ 6” tight end is another option too!

Shaheen is one of multiple tight ends who are expected to have pivotal roles this season. Trey Burton is not your traditional tight end, but we could see him line up tight. Dion Sims fits the profile of a FLEX TE who is expected to be blocking threat and run sets in the passing game. Shaheen and Sims will likely be in your double-TE sets. Daniel Brown and Ben Braunecker are other TE’s currently on the roster. The Bears will probably carry 4 tight ends and each will have a role.