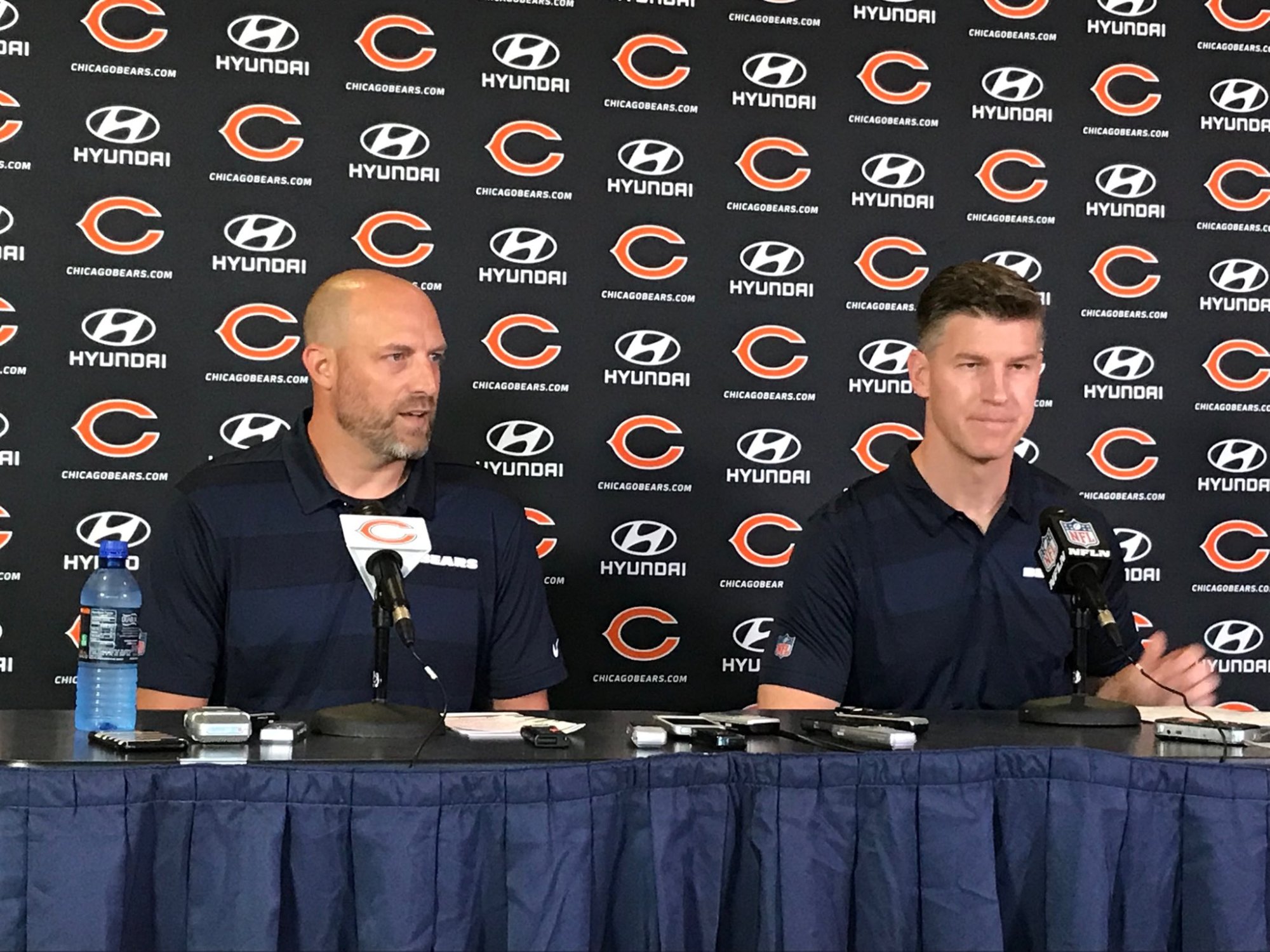 The most significant thing we all have experienced at nauseum in recent Bears seasons is that player availability has been something of a challenge for this organization. In this presser we finally have good news which is refreshing and a good start, but they still have to get through an entire camp, pre-season, and ultimately an entire regular season before Bears fans can feel good about the health of the team.

When asked, Matt Nagy said they do not plan to start camp by placing anyone on the PUP list. He also said, “it’s full steam ahead” when asked about the availability and participation level of Kyle Long, Allen Robinson, and Leonard Floyd to start camp. Music to every Bears fans ears to be sure. Those three players are impact players who will make the Bears significantly more competitive than they’d be without them.

Another player that was counted on to be an impact player since being drafted 7th Kevin White, overall in the Ryan Pace‘s first draft also received optimistic words and praise from Pace when asked about his participation level to start camp. Pace replied, “He’s had a good offseason and just like our team he needs to carry that momentum into camp.” If indeed White is back at full health and has that explosion as reported by many reporters watching him in camp and stays healthy in season he is a number one receiver talent on a team with an already number one receiver talent in Robinson. That could make for a interesting dynamic as the Bears may not have enough balls to go around with all their newly acquired weapons mixed in with the prospects of White’s possible emergence. A good problem to have especially after the opposite as the Bears have experienced in the past 3 seasons.

Another matter of availability that’s become a story but for different reasons other than injury is that of the contract impasse of Roquan Smith. All indications are that it’s just a matter of detail that will get ironed out soon and Smith will indeed be in camp at first practice if not soon there after. On the matter Pace replied, “These are rather common and somewhat predictable.” Pace said they are just working through the process. Pace also said, “I hope he’s here soon but there’s no date in mind for when he really needs to be here.” A not so optimistic quote. Stay tuned.

Another takeaway that stuck out was the fact Nagy said the Bears would have a Physical camp. He emphasized the importance of callusing the team in preparation for the season. After all the injury issues the Bears have had one has to wonder whether that preparation will help or hurt. Perhaps there is a way to do it without risking early injuries while doing some injury prevention for a physical season to come.

The last thing that caught my attention was Pace’s description of Nagy’s offense. Pace remarked, “The first word that comes to mind is creative.” You can tell the players are having fun with it.” While it’s not uncommon for a general manager to pump up the prowess of a Head coach he was instrumental in hiring it’s kind of surprising to do before any success has been achieved as it kind of ramps up the expectations of his Head Coach. Especially with all the optimism already flowing about this offense’s potential. You’d expect a General Manager to ease up those expectations rather than encourage them. I think it’s pretty safe to say that the Bears success will hinge on how well the offense does. Aside from the obvious reason of scoring points it also would mean Pace’s acquisitions and the hire of his Head Coach was a roaring success in developing franchise Quarterack Mitch Trubisky. The key to this all.