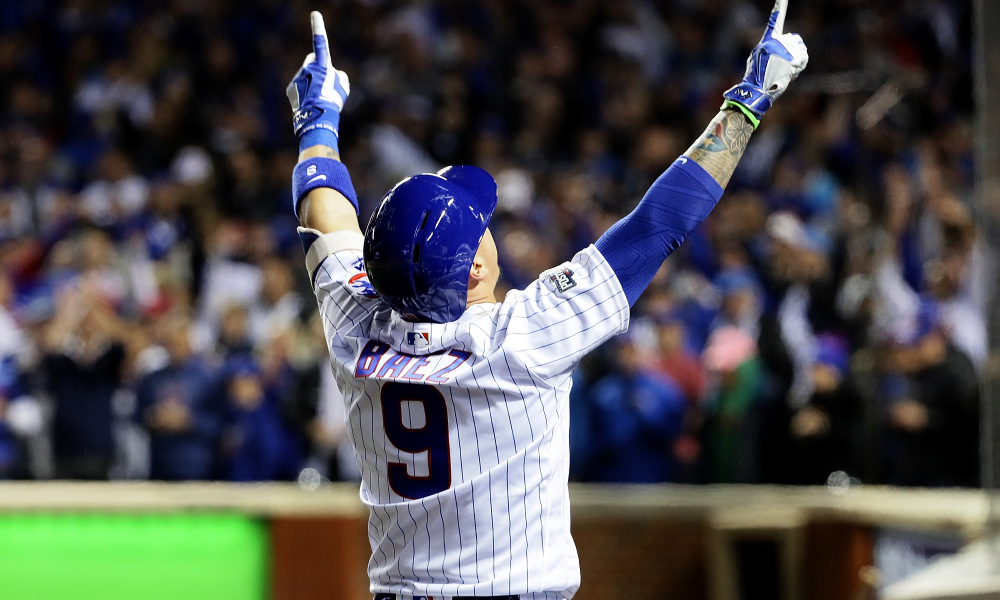 The Chicago Cubs will be sending three of their guys to Washington D.C. for the 2018 MLB All Star Game. As all fans probably know by now, that consists of Willson Contreras, Javier Baez and Jon Lester. This will be the first All Star appearances for Baez and Contreras (both will be starters) while veteran Jon Lester will be in his fifth.

Cubs fans did their part in voting these guys in, but there is no doubt they deserve to at least be in D.C. next week. Jon Lester has been the most effective man in the rotation so far this year, Baez has been magic all year with his glove, baserunning and slugging an Contreras has quietly been very solid at the plate even when he was not hitting for the expected power.

To break down their performances statistically, here is a look at their lines as of 7/10.

In terms of fWAR, Javy has been the most valuable player on the team. Yeah it is not a 100% perfect stat to measure with, but it says enough about his value. Kris Bryant is at a 2.1 fWAR despite the injury time he has missed and slump before that time, no doubt he would be in D.C. if he was healthy and playing like he did to start the year. Overall, these guys make sense.

Two names that are also worthy of being in All Star conversation are Kyle Schwarber and Albert Almora Jr. Both have been huge contributors this year, both offensively and defensively…as surprising as that sounds. Schwarber is tied with Contreras in fWAR (2.6) and Almora leads the team in average (.323). Schwarber’s .376 OBP and 17 homers (tied with Javy) are a nice compliment to his five defensive run saved. Got to credit these guys for good first halves as well as the other All Stars.