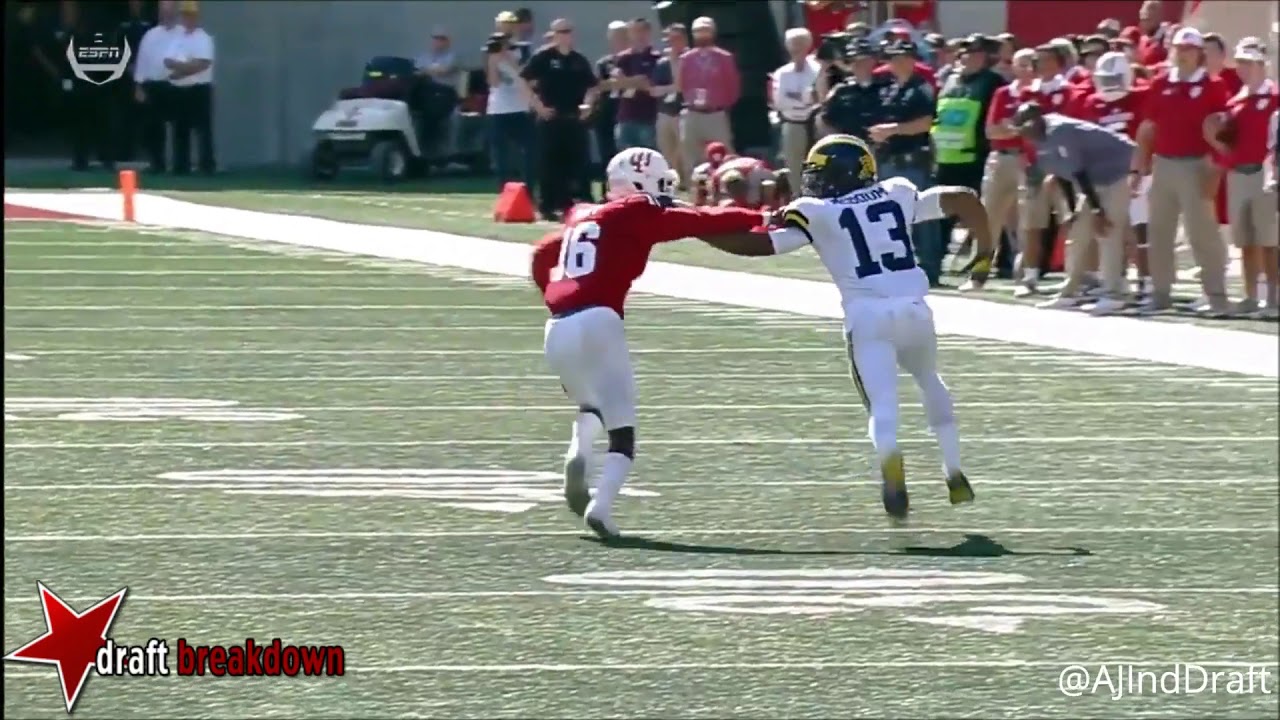 Rashard Fant is a player one can make an intelligent case for being one of the best Cornerbacks in the Big Ten. That’s the kind of season and overall career he had at Indiana. Of course, it’s a big gap when it comes to the difference in competition between the Big Ten and the NFL but it’s not miles apart. The Big Ten routinely produces a ton of NFL talent each draft season. It’s routinely among the top 3 in most drafted players per conference so he did go up against some of the better prospects during his career at Indiana. Not to mention a likely NFL Wide Receiver in practice every day in the form of Simmie Cobbs.

Still, there is a reason he got undrafted. While researching him for this piece the only conclusion I came up with for his going undrafted is his size. He’s small by NFL standards even for a nickel back standing just 5′ 10″ and weighing in at 179 lbs. He also has shorter arms at 30″ and smaller hands which may affect his catching the ball at 8 7/8″. With all his ball skills he has had a few dropped interceptions in his career. He also has had penalty issues. 21 in the last 3 seasons with 14 of them being pass interference violations. So while he has that aggressive nature Fangio loves in his Cornerbacks it sometimes works against him as well as for him.

Another reason may be for medical reasons as he tore his pectoral muscle at the NFL Draft combine on the bench press and could not compete in his drills and workouts. He did, however, show out at his pro day running a 4.36 40! He ran the 40 just 2 weeks after he tore his pec and had this drop the mic quote. “Even with an arm and a half, I’m still a 4.3,” Fant said when asked what he wanted to show the 28 NFL teams who sent scouts to pro day in Bloomington. “And that I’m a competitor. Two weeks ago, I couldn’t even run or couldn’t lift my arm.”

That aggression is part of Fant’s skill set that fits the traits a Fangio defense led Cornerback has. He’s an aggressive press/man corner with quick change of direction and good ball tracking ability. He is a former Point guard and has the shifty feet of one. He’s also highly intelligent with processing skills as quick as his feet.

He is also highly decorated during his career with Indiana. I copied and pasted portions of his bio below for your convenience. As you can see he was highly productive.

2014 (Freshman): Posted 23 tackles, 21 solo, with five pass breakups and one fumble recovery … played in all 12 games … shared second among Big Ten freshmen and tied for third on the team in PBUs.

Fant is not the perfect prospect but he does offer intriguing ability and confidence. He may compete for a roster spot right off the bat but the more likely scenario is he makes the practice squad and gets developed if he impresses the coaching staff in the pre-season. His future may be as Bryce Callahan’s replacement as the Nickel and he should compete for Dime snaps maybe as early as this season. However, first things first. Make the roster.