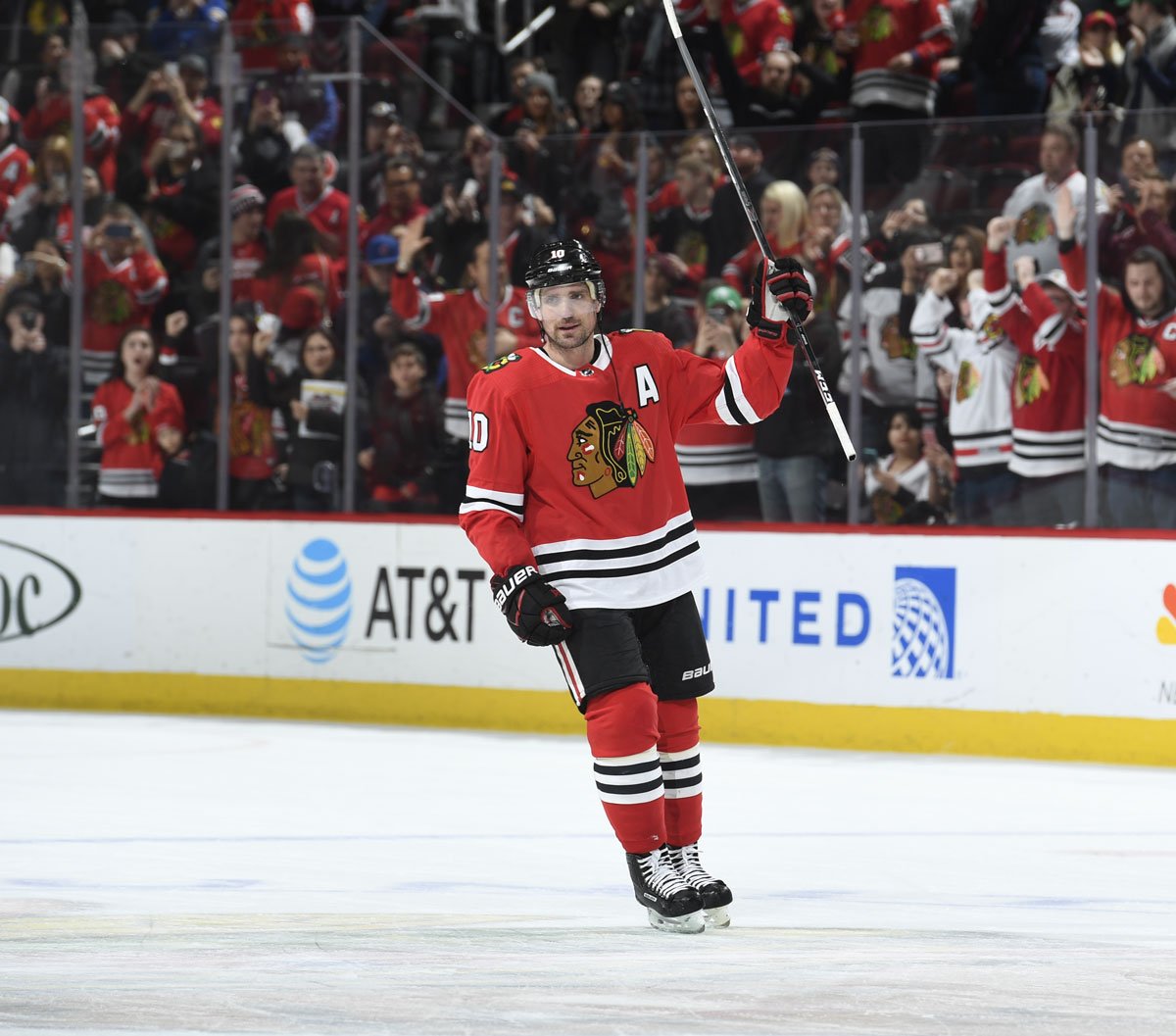 After 15 seasons with the NHL, 10 with the Blackhawks, separated by two stints, Patrick Sharp made it official after last night’s 4-1 loss to the St. Louis Blues: tonight’s season finale versus the Winnipeg Jets will be his last.

“I think I’ve known what I wanted to do for a long period of time here, and it’s never easy, you know?” Sharp said in his post game gaggle. “But I think I’m just ready to take that next step in my life — and looking forward to it.”

Sharp, 36, leaves the game as one of the most popular Blackhawks in recent memory.  His transformation from a middling left-winger battling for ice time with the Philadelphia Flyers to a prolific and dangerous sharpshooter with the Blackhawks will be remembered by Chicago fans for a long time.  His four 30-goal seasons, as well as his high post-season numbers, helped fuel the Blackhawks capture the Stanley Cup in 2010, 2013 and 2015.  Sandwiched in between all that winning, Sharp also managed to be named MVP of the 2011 All-Star Game and help Team Canada win gold in Sochi in 2014.

After the 2015 Cup win, Sharp, along with Stephen Johns, was traded to the Dallas Stars, where he spent two seasons before he signed a one year contract last summer to come back to Chicago.  The last three seasons have been difficult for Sharp.  He has seen his ice time diminished, and he has struggled with injuries, most recently having hip surgery before his return to the Blackhawks.

Even as Sharp himself was still coy Friday morning about his future, the accolades and tributes already began.  Chicago media was flooded with pieces celebrating Sharp in what could be his final home game.  Before the game started, Patrick Kane, who has been wearing an “A” on his sweater for the past seven games now, suggested to head coach Joel Quenneville that they let Sharp wear the letter last night.  Sharp wore the “A” for Chicago for eight seasons before he was traded.

“That was pretty special”, Sharp said of the gesture, while trying to hold back his emotions.

Sharp was also treated to a video tribute of his greatest goals and plays during a stoppage of play in the third period.  He was also afforded the honor of starting the game on the top line with Kane and Nick Schmaltz.  After the game, as the scoreboard above him flashed “THANK YOU SHARPY”, his teammates made him stay and take a final lap across the United Center ice in front of more than 22,000 of the best fans in hockey.  He even got some congratulatory remarks from some of the Blues players who lingered on the ice after the game.

“The guys staying out on the ice and making me do a lap was something I’ll always remember,” he said.

In the end, Patrick Sharp got to say goodbye on his own terms.