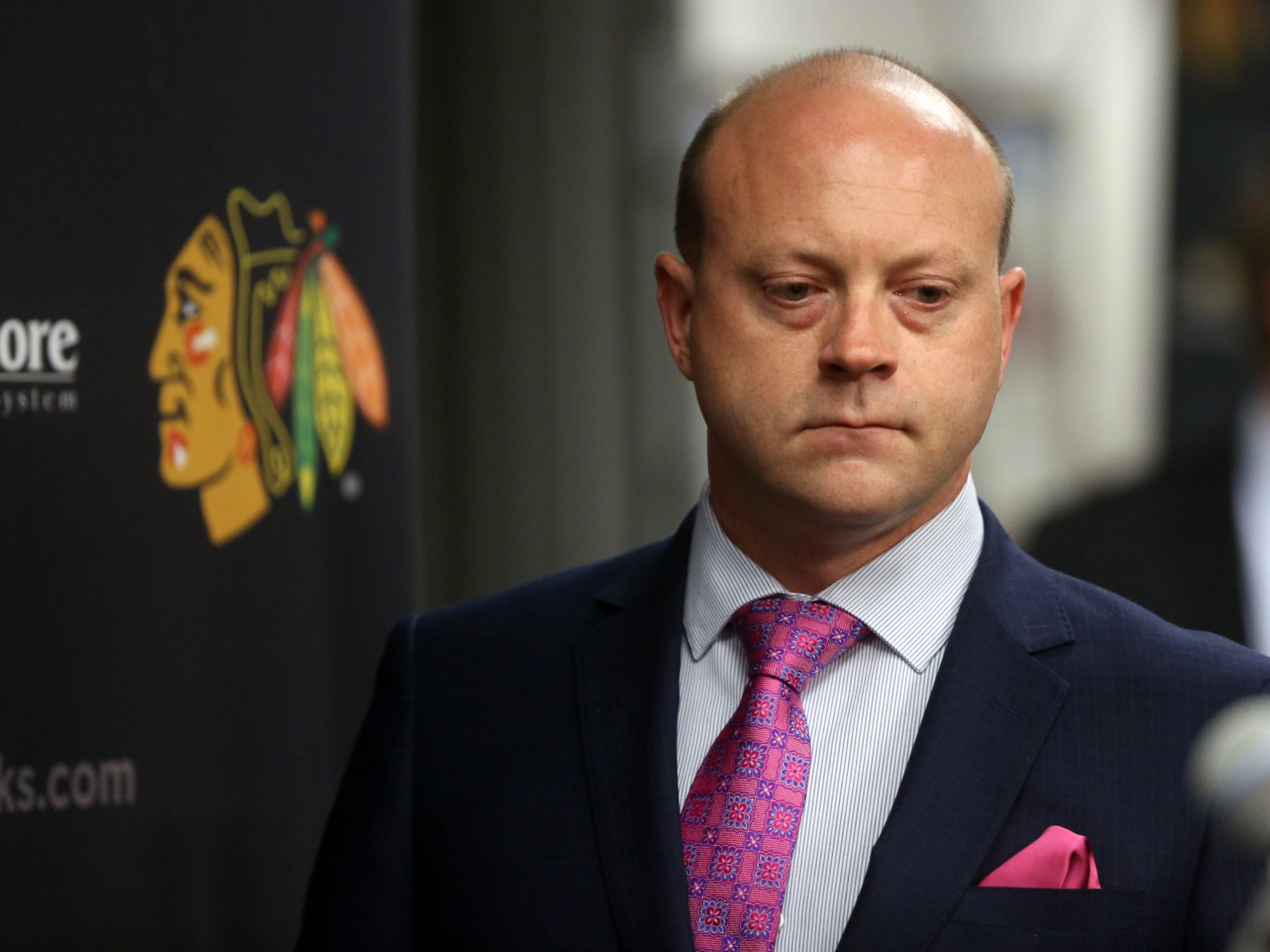 A day after their nine-year streak of making the Stanley Cup Playoffs came to an end, the Chicago Blackhawks are recieving some good news.

According to a report from The Athletic, the NHL’s salary cap for the upcoming 2018-2019 season is projected to rise anywhere between $78 to $82 million.  That is a very welcome development from the current cap ceiling of $75 million.  There are still factors that could affect the final number, biggest of which is the NHL Players’ Association’s possible use of the inflator clause. The players’ union can exercise the use of this clause to increase the cap by up to five percent.  Coupled with an increase in league revenues, the cap will definitely rise.

This is a welcome development for the Blackhawks, who have annually suffered through “cap-o-calypses” since they one the first of their three most previous Stanley Cups in 2010.

If the cap does not rise, the fact that $67.2 million of their salary is tied to seven active forwards, six defensemen, two goalies and the Marian Hosaa contract for next season would have made it virtually impossible for general manager Stan Bowman to make any significant changes to this team, which can prove disastrous from a PR standpoint, considering how this season unfolded.

Even a cap ceiling of $78 million could be seen as a boon by Bowman.  Players like Matthew Highmore, Gustav Forsling and, hopefully, Dylan Sikura, and their entry-level deals can be added to the roster.  Restricted free agents like John Hayden, Vinnie Hinostroza and Anthony Duclair can be resigned at relatively team-friendly rates.

A cap ceiling of $82 million, coupled with a trade of Marian Hossa’s contract, will be the best case scenario for the Blackhawks.  They can make a splash in free agency, maybe acquire a John Carlson and solidify the d-corps and stretching the Cup window for years to come.  But this is just me day-dreaming/armchair GM-ing.

Obviously this is not yet set in stone.  But a report like this can only buy an organization and a fan base still struggling to come to grips with a very humbling season, and make us look forward to the offseason with less dread an more optimism.