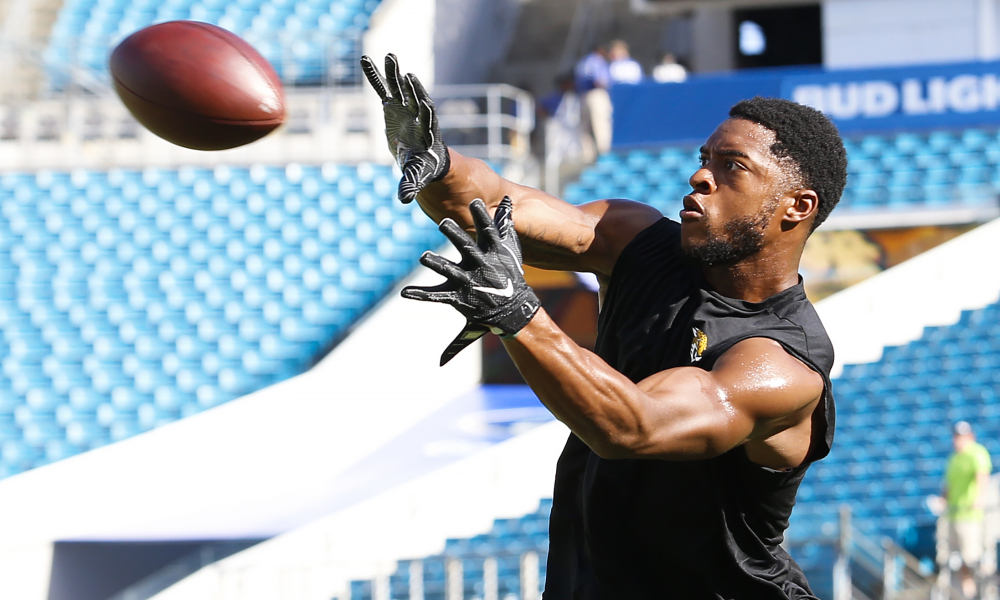 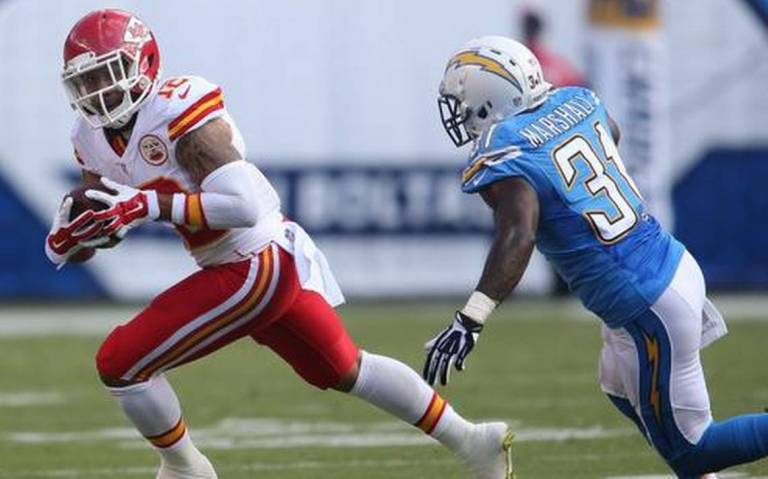 When it comes to this seasons Free Agency I think it’s safe to say the position most top of mind for fans is clearly the Wide Receiver position. Reading the Tea leaves from comments by Ryan Pace and the fact they have a new head coach coming from the offensive side of the ball in Matt Nagy makes the Bears pursuit of Free agent Wideouts being a priority the worst secret in the NFL.

Albert Wilson is probably as much of a lock to be one of the Bears first free agent signings as any Free Agent available. Kansas City’s General manager Brett Veach pretty much assured it when he was asked whether the Chiefs would be bringing Wilson back and he replied, “Well Matt Nagy is in Chicago isn’t he?” He figures to be mainly a slot receiver, but that doesn’t necessarily count out the resigning of Kendall Wright to man slot duties for the Bears as well. Wilson brings a little more speed to the position so he can run more vertical routes you’d expect to be run out of the Flanker position. Both could make a deadly combination inside running combo routes and spelling each other to stay frosty and available throughout the season. I think both Taylor Gabriel and Ryan Grant Bear watching too. Both fit in with the timeline of the Bears re-rebuild as they are young and fit the profile out of the slot. This is why Danny Amendola is not on the Bears radar along with his price tag. Too old.

Speaking of Flankers there are a plethora of options in this class as well. Some people are down on the Z position but I see a lot of legitimate options here. Both in value and in skill set. While there are no Pro Bowlers available there are plenty of options to acquire a field-stretching speedster. There are two guys who played in Arizona last season both named Brown. John and Jaron. Both have long speed to burn with Jaron having more size and maybe bringing some more positional versatility as he can line up at the X if you ask him to. So he can cover all three (X, Y, & Z) spots. John can man the Y and the Z.

Michael Wallace is also available. Some people are down on him as he is on the wrong side of 30 (31), but on a short-term contract it shouldn’t be an issue. However, he doesn’t fit the profile so I think he’s a long shot. Wallace is coming off an excellent season though and he was very productive and still appears to have his 4.3 speed firmly intact. This should fit in well with Mitch Trubisky’s skill set of throwing a well-timed touch pass downfield. He will move that 8th guy out of the box making Jordan Howard’s job a lot easier. Sure he’s limited to like 3 routes, but those 3 routes are a threat to defenses where they have to stay honest.

When it comes to Flankers Paul Richardson is far and away the biggest name out there. He’s very fast and accomplished and makes big plays at all levels of the defense. He can run under a go route, catch a zero route and take it to the house from anywhere on the field, or catch deep digs and outs downfield for explosive plays and if that isn’t enough you can throw up a 50/50 ball and he will high point the crap out of it. He’ll likely be option C.

Option A is clearly Allen Robinson. Overwhelmingly the consensus top Wideout on the market by almost every NFL analyst and expert out there. He’s big, quick, and has good speed, good hands and can high point the ball making athletic grabs by snatching the ball out of the air away from his frame with regularity. If he’s all the way back from his ACL tear he’s a true #1 Wide Receiver. He also fits in perfectly with the timeline of the rebuild as he is just 24 years old.

Another #1 when he is right and probably someone with an even bigger ceiling is option B Sammy Watkins. He’s also only 24 and fits perfectly with the Bears timeline of when they’ll be in their championship window assuming this version of the rebuild goes according to plan. He is faster and quicker than Robinson and just as big and strong. He’s another guy that can win at any level of the defense on any route and can score from anywhere on the field. Lots of people are down on him due to his own injury history and lack of big-time production, but he is often doubled and was almost exclusively last season for the Rams which opened up things for Todd Gurley and the other receivers to thrive and with it Goff. I don’t think it’s a coincidence that Jarod Goff excelled once Watkins arrived via trade to the Rams.

If the Bears don’t acquire either of these two explosive X/Z combo receivers who can run plenty of routes out of the slot Dontrell Inman might be a good candidate to return. He is an excellent route runner and a dependable target as he’ll be where he needs to be and likely with separation. Expect the Bears to either acquire Richardson or acquire a low pay high reward type like Donte Moncrief, Terrell Pryor, or Cody Latimer &/or drafting a guy high in the draft to be their coverage dictator and clear out the box making the Bears more of a dual-threat offense with less predictability, and really get Nagy’s offense kicked into high gear.

Almost to a man when Bears fans and NFL media analysts talk about who the Bears may target at Tight End the first name you hear most often is Trey Burton. It makes a lot of sense and you can see the connection. He fits the profile. Burton is a move Tight End which the Bears kind of need as they have two Y types in Adam Shaheen and Dion Sims. He’s young and an ascending talent going on his second contract so he fits the timeline of a player that figures to be around long enough when they challenge for a Championship.

Another player fans like to bring up and seemingly covet is Jimmy Graham. I don’t see it as he’ll be expensive and is an older player (31) who may not be there in the Bears timeline of contention. He seems destined to go to a contender ready to win a Superbowl now. A better bet would be the Bears taking a chance on his soon to be ex-teammate Luke Wilson who may benefit from going to a team without a superstar highly paid veteran on its roster as their top Tight End. He has the athletic profile and is young enough (28) where he can still be a productive player 3-4 years from now which can be when the Bears are ready to win a Superbowl. He is a very athletic Tight End.

Another big-time name out there is soon to be former Bengal Tyler Eifert. Eifert is as athletic as any Tight End in the league with enough size to make himself as a 3 down option as he should hold up in the run game as a blocker. So other than playing the flex he could line up as a lead blocking H-back. The one big risk is his injury history. He’s missed 41 games in his career due to injury in just 5 seasons. Huge risk/High reward type signing. When he’s on there aren’t many more difficult matchup nightmares for defenses to defend at the Tight End Position than Eifert.

Some others that may be interesting signings are Austin Seferian-Jenkins who is only 25 and an ex-basketball player with good size and speed who is going on his second contract and may be ascending into his prime years. He has the size to play the in-line role, but moves like a Flex Tight End. Would not be a bad consolation prize should the Bears strike out with their top Free Agent targets.

I don’t see the Bears being in the market for a Running Back as that is a strength on the roster already. That on top of a very fertile draft loaded with them makes me kind of doubt the Bears would even spend as much as 2 million a year on a veteran Running Back. However, if they did decide to dip their toe into the Running Back end of the pool Dion Lewis should be of interest. He averaged 5.0 yards a run last year and caught over 30 balls and adds that contrary running style to Howard that may be appealing. Another name that may interest the Bears is Carlos Hyde who is a young and productive back, however, it’s far more likely they simply resign Benny Cunningham who also brings special teams play to the table. 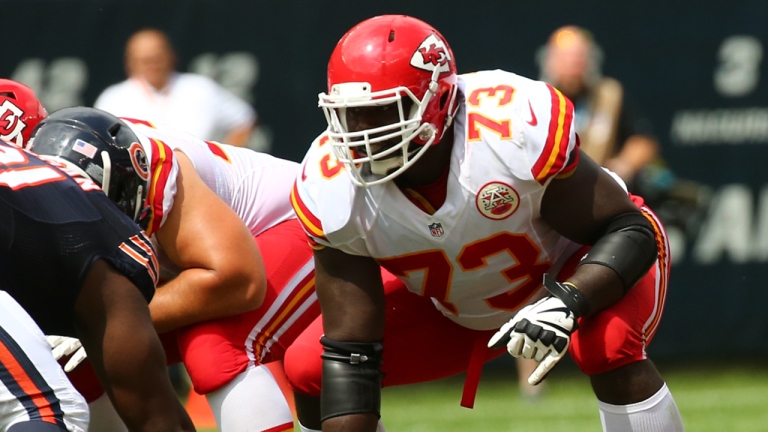 As is the case with Running Back it’s unlikely the Bears go heavy in their pursuit of an offensive Lineman but I do expect them to pursue and sign Zack Fulton who brings positional versatility on the interior of the line as he can play both Guard spots as well as center as he did in 2017. Luke Joeckel may be an option as he is young and has potential yet realized the Bears may feel they can bring out of him under the tutelage of Harry Heistand. If the Bears want to make a big splash they can bring in Nate Solder and insert him at one of the tackle spots. Greg Robinson is another name they could go with at one of the Tackle spots. Of course, there is the possibility they bring back Josh Sitton at a cheaper price. Many people want the Bears to go after Carolina’s fine Offensive guard Andrew Norwell, but I do not see the Bears spending a whole lot at the Guard position when they have Eric Kush and last seasons fifth-round pick Jordan Morgan on the roster and ready to go. I also see them strongly considering bringing back Tom Compton who played well before getting injured last season at Guard for the Bears. Other high profile names out there the Bears may consider are Jonathan Cooper, D.J. Fluker and Andre Smith. 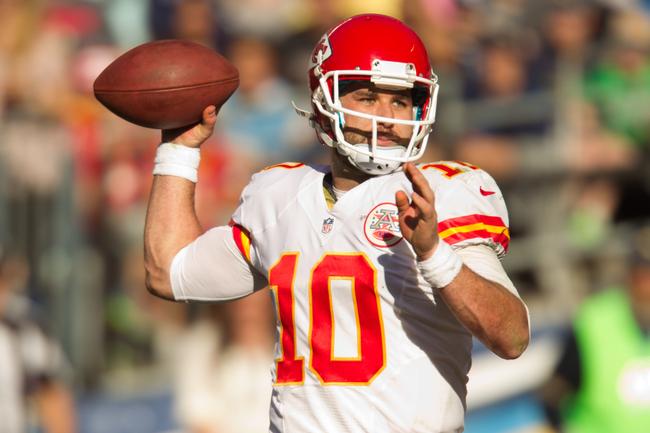 This is also a position group they likely spend cheaply on which may price them out of the Chase Daniels’ market who is a good fit as he was the backup in Kansas City under Nagy. It’s probably more likely they bring back Mark Sanchez (who got along with Trubisky very well) and draft or sign a priority Free Agent out of college to develop as their 3rd Quarterback on their practice squad. Let the games begin and the rumors fly up until 3 p.m. March 14th!