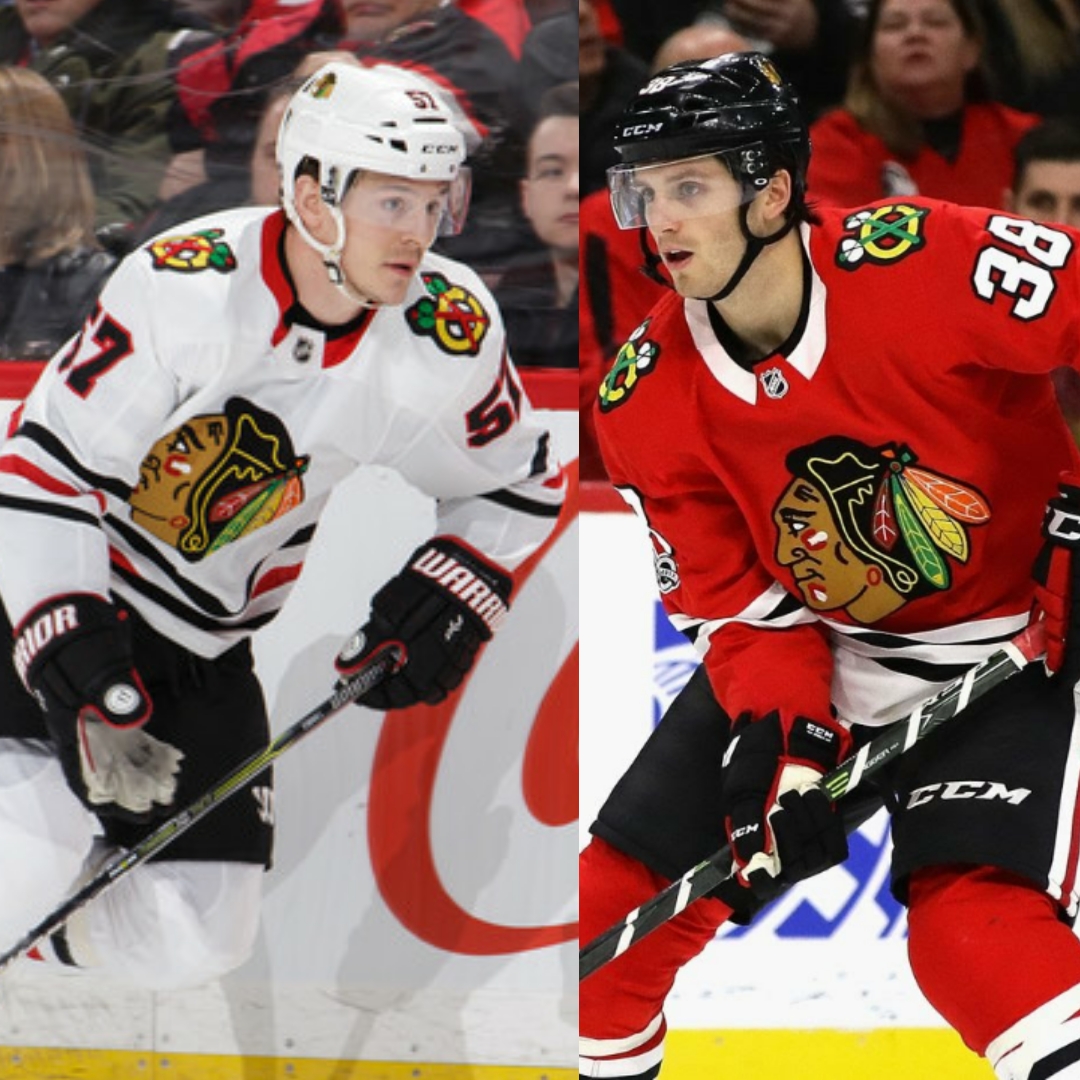 The Chicago Blackhawks made three moves today in relation to the NHL’s Trade Deadline.  Two of those moves included a couple of players native to the Chicago area.

The Blackhawks traded forward Ryan Hartman to the Nashville Predators.  They also traded forward Tommy Wingels to the Boston Bruins for a fifth round pick in 2018.

The rumblings about the Hartman trade was broken by Fox Sports Midwest’s Andy Strickland.  Pierre LeBrun of TSN broke the trade itself.  The Blackhawks dealt Hartman and their fifth round pick in 2018 for Nashville’s first round and fourth round pick in 2018, along with forward prospect Victor Edjsell, who is currently playing in the SHL in Sweden.

The Wingels trade was made in the waning minutes of the trade deadline itself.  Elliotte Friedman broke the story as the 3PM Eastern deadline came and went.

Hartman, 23, has recorded 27 goals and 30 assists in 141 games with the Blackhawks from 2014 to 2018. The 2013 first-round pick and West Dundee, Illinois native has bounced around the lineup all season. He was benched for much of their last game against the Columvus Blue Jackets last Saturday after a high-sticking penalty that led to a power play goal by Cam Atkinson.  The Blackhawks lost that game 3-2.

Hartman quickly endeared himself to Blackhawks fans for his hard playing style and his propensity to stand up for his teammates even against season players.  Though still somewhat inconsistent, he has shown a scoring flair, especially when he would crash the net.  He was touted at one point to be the heir apparent to Andrew Shaw, who had the same type of game, albeit more prone to needless penalties.  On a personal note, my favorite Hartman moment happened this year, when he had a clean hit on Anaheim Ducks forward Rickard Rakell, and subsequently avoiding retaliatory hits from Rakell’s teammates Ryan Kesler and Francois Beauchemin, causing the two to collide with each other in open ice.

Hartman’s trade hit one Blackhawk harder than most.  Bartlett native Vinnie Hinostroza grew up with Hartman and played with him when growing up in the Chicago suburbs.  “I don’t really know what to think, I haven’t talked to him yet,” Hinostroza said after practice. “We’re always going to remain best friends. That’s not going to change anything. We’ll always spend our summers together and stuff.  Hopefully, he’s still here and I can give him a hug before he gets out of here, or go get a bite or something.”

Wingels, for his part, was one of the brighter spots for Chicago this season.  The Wilmette native quickly became a role player for head coach Joel Quenneville, proving his versatility and grit on whichever line he was slotted on.  Wingels has played a total of 430 games in nine seasons with the San Jose Sharks, Ottawa Senators and the Blackhawks.  He also played an integral part in community outreach for the Blackhawks, being named the organization’s ambassador for the league’s Hockey is For Everyone Initiative.

Wingels is an impending UFA who is widely expected to sign back with his hometown team on July 1st.

The Blackhawks also assigned forward Lance Bouma to the Rockford Ice Hogs after clearing waivers today.  It is expected that the Blackhawks will have a call up or two once the Ice Hogs solidify their roster for their playoff run in the AHL.