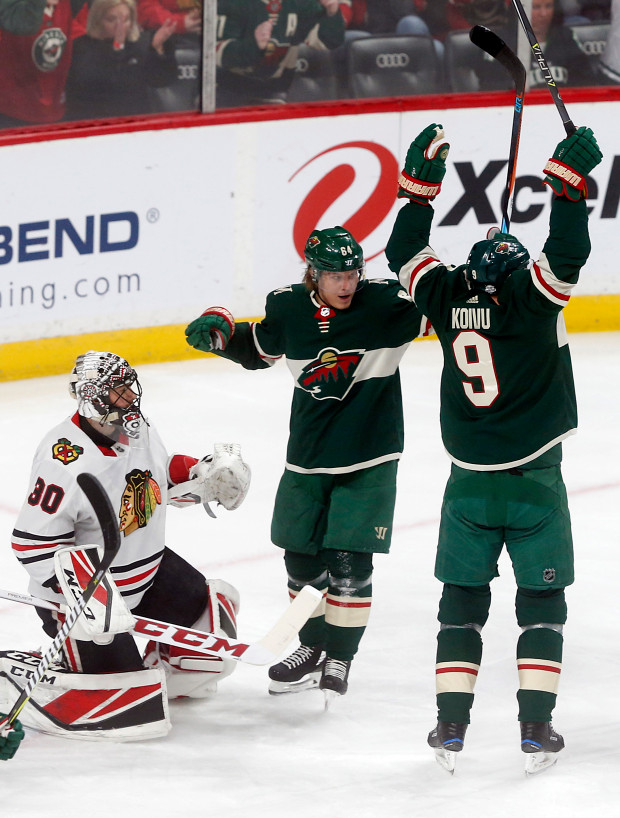 After the Dallas Stars completed their season sweep of the Chicago Blackhawks Thursday night, the club continued their free fall last night.  The Blackhawks were shut out 3-0 by division rivals the Minnesota Wild.

With the loss, which was their fifth straight, they fall 10 points out of the second wildcard spot in the Western Conference.

When asked about their latest loss, Blackhawks captain Jonathan Toews said that he was “running out of words to say”.  Ironic, perhaps, because when asked the same question on his huddle, head coach Joel Quenneville said the team is not looking for canned responses.  “We want actions”.

After wasting a two-minute two-man advantage seven minutes into the first period, the Wild scored two goals in rapid succession, courtesy of Charlie Coyle and Mikko Koivu.  To those watching, the game seemed over before it even began.  Coyle would net another one 2:22 into the second frame.

At this point, Blackhawks goalie Jeff Glass just gave up three goals on seven shots.  Devan Dubnyk, who turned in the shutout for his team, ended up blocking all 44 shots he faced.  Glass would save just 16 of the 19 he faced.

The Blackhawks continue their road trip Monday night with a tilt against the Arizona Coyotes.