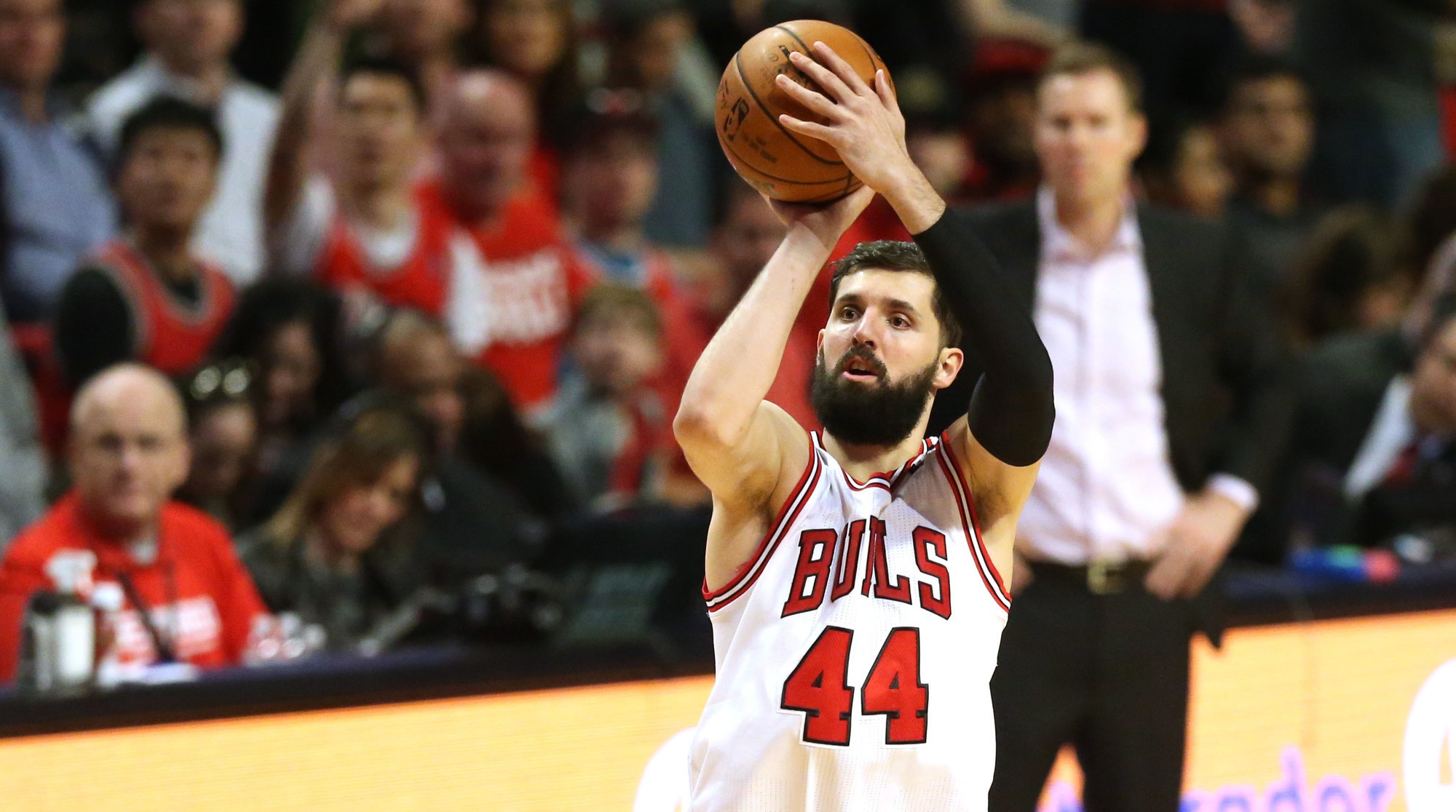 After talks hit a “snag on Tuesday, the Chicago Bulls and Pelicans have agreed to a deal in which will send Nikola Mirotic to New Orleans in exchange for a first round pick and three players.

The three players going to the Bulls are Omer Asik, Jameer Nelson, and Tony Allen. According to KC Johnson of the Chicago Tribune, the Bulls plan to waive Allen. Quincy Pondexter will also be released to make room on the roster.

Omer Asik, who spent his first two seasons in the league with Chicago, carries a cap hit of $10,595,505 for the 2017-2018 season. In 2019, Asik is only guaranteed $3 million of his $11,977, 527. It is uncertain what role Asik will have in his return in Chicago. In my opinion, he will not see the floor as the Bulls need to play Cristiano Felicio and evaluate his future with the team.  The only way he would see minutes is if the Bulls trade Robin Lopez but unlikely given the market for big men right now and his team friendly deal.

Nelson, former Magic standout, was initially going to be waived by the Bulls but now a report from KC Johnson says he is not expected to be released. Even though the production is not high for Nelson anymore, the Bulls could use his services for the time being. Kris Dunn is still out and the Bulls could use another ball handler.

Mirotic had the power to veto any trade unless the Bulls picked up his 2018-2019 team option. The option was the cause for talks to stall on Tuesday and possibly end all discussions of the deal. The Pelicans are very motivated to re-sign Demarcus Cousins this offseason and need a good amount of cap space. Mirotic’s $12.5M option is something the Pelicans did not want to have on the books while going after Cousins. So what got them to sat yes in the end?

The Bulls acquired a 2nd round pick this offseason from New Orleans to take on the salary of Pondexter. It is the exact kind of move that teams should do in a rebuild, especially if they have cap flexibility to take on expiring contracts. But in order for the Pelicans to agree to pick up Mirotic’s option, the Bulls had to send that pick back.

Overall, the Bulls got what they wanted out of any deal for Nikola Mirotic, a first round pick. The Pelicans currently in the 7th seed in the West and even with losing Cousins, Mirotic will give them a spark. Also, with the Pelicans shedding three contract to the Bulls, they have room to sign Greg Monroe. Monroe, a New Orleans native, was waived by the Phoniex Suns yesterday and the Pelicans are very interested in the 27 year-old center. So do not get your hopes up that the Pelicans will be a lottery team this year. I’d expect mid to low teens.

This is a good deal for both sides. The Bulls get the first round pick they wanted from the start and the Pelicans create cap flexibility for this season and going forward.