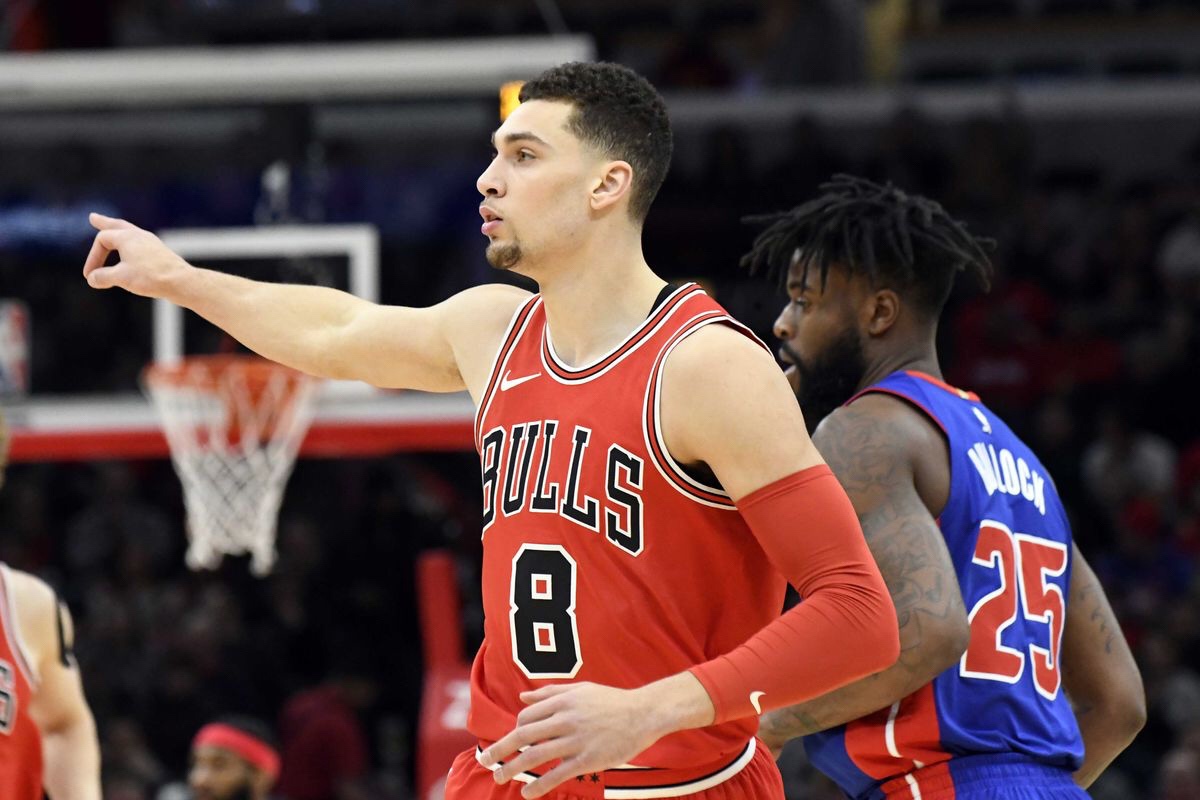 The Return, not as dramatic or star studded as Derrick Rose coming back from his ACL injury, but Bulls fans none the less were excited to see LaVine play in his first game since last season. The fourth year player out of out of UCLA saw his first game action in almost a year on Saturday night. Before the injury ended his season in 2017 he was averaging 18.9 PPG. The 22 year old is looking to make an immediate impact with his return, but will have to do it in a limited role to start.

The Saturday night game against the Pistons was a close one for the team, but LaVine showed why the Bulls wanted to bring him over in the trade. In just Nineteen minutes of game action, he dropped in 14 PTS and dished out two assists. Going into the game, Head Coach Fred Hoiberg stated he would have LaVine on a 20 minute restriction to ease him back into action. How long that restriction is to remain in affect is yet to be seen, but with the way Derrick Rose panned out, it could be likely the team plays if safe with LaVine.

LaVine was efficient going shooting 5-9 from the field, and going 3-4 from beyond the arc. Since the departure of Jimmy Butler, the Bulls have missed an explosive player who can stretch the floor, and drive the basket with consistency. With LaVine’s return, they are going look for him to grow into that role the rest of the season, and beyond.

The Bulls, now (16-27), have another young piece back for the rebuild and can focus on what is to come next in their process. With the NBA Trade Deadline looming, there are likely going to be more moving pieces over the next few weeks. Look for LaVine’s role to expand over the next few weeks, and with pieces possibly on the move, he is going to become the “go to” guy in Chicago sooner rather then later.