The state of Illinois has many college programs, and some of them are always the topic of discussion when it comes to Basketball. As the conference slate starts for many of them, we take a look a three who always are at the forefront of the news. Illinois, Northwestern, and DePaul. Let’s break down each team and where they are heading into conference play.

Quick Glance: First year Head Coach Brad Underwood has really turned a page for this program early in their 2017-2018 season. So far the Illini hold a (0-2, 10-5) mark this season. Much like their Football program, it is a complete overhaul with much of the roster being youngsters. 10 of the 16 players listed are underclassmen. Players like Frazier, Smith, and Williams, who were all Four-Start Recruits out of High School are expected to be the future of Illini Basketball over the next four years.

The Redshirt Junior has become the Veteran leader on the court for this team. He is averaging 11.5 PPG and 5.8 RPG. For a team that ranks 118th in the Nation for Rebounds, they need him to step it up on the glass as they start their run of conference games.

Early Season Takeaways: Even if their record does not reflect it, the style of play, has shown something better for the program. They have played in some close games and have come up short, and the young players have shown there will be growing pains at this level. With Eleven teams in the BIG-TEN holding Ten or more wins at this point in the season, it could become a bottle neck near the end of the season. For the young players growth and development are going to be key, and depending on how quickly that comes they could make a late season run for a 9-12 seed in the Big Dance. 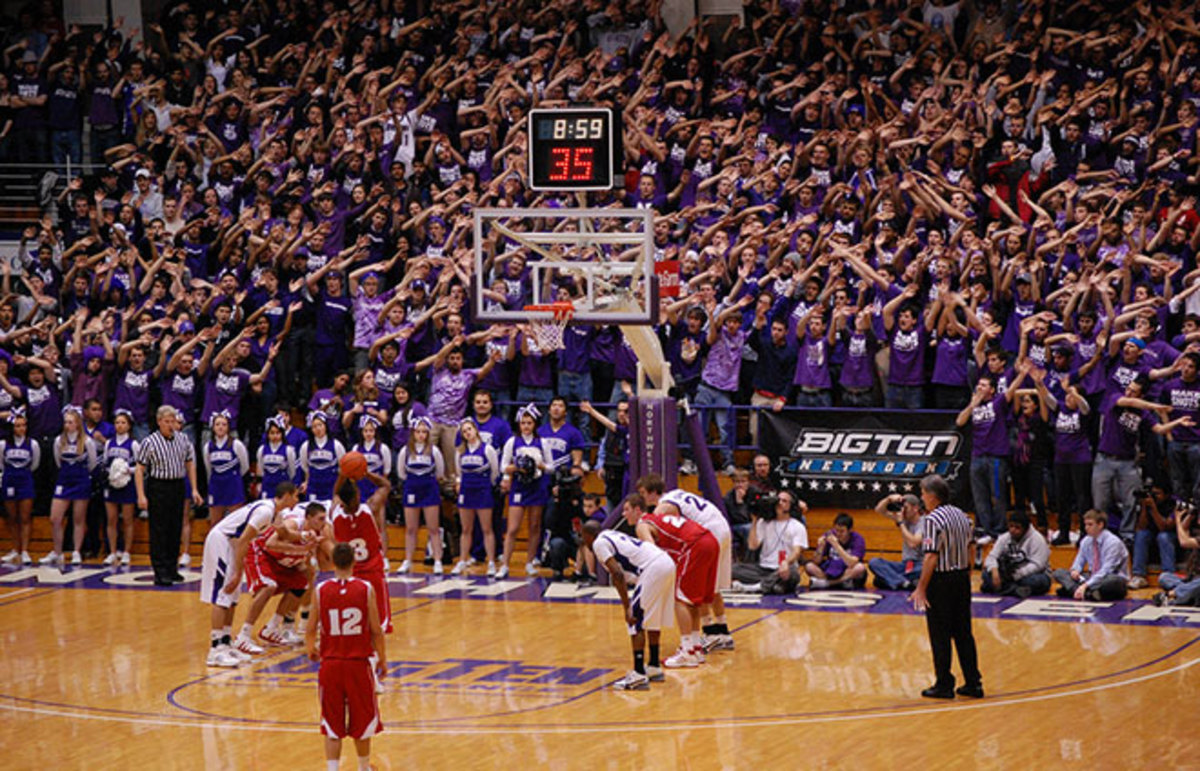 Quick Glance: Fifth year Head Coach Chris Collins is looking to continue off of last seasons success when Northwestern made it to the Big Dance for the first time in school history. Not known as a perennial basketball powerhouse, the Wildcats are looking to make a name for themselves , and show they are not a one year wonder. Like Illinois, a mediocre record to start the season (1-1, 10-5) so far. The heavily veteran filled roster will bank on their experience of last season to get them back.

The Two Senior Guards have  come out as the leaders on and off the court for the team. Both are leading the way for scoring and running the offense. For this Wildcats team to make it back to the Tournament, they are going to have to bank on McIntosh and Lindsey to lead the way.

Early Season Takeaways: The Wildcats are going to need strong conference play once again this year to get them into the Big Dance. Much like Illinois they are going to have to work through this bottle neck that could take place as the season goes on in the BIG-TEN. They have been up and down to start the year, but once they find consistency can rattle of win after win. If they do what they did last year, and look to build off of that, they can look at a 7-10 seed come March.

And last but not least, DePaul:

Quick Glance: Dave Leitao is back for his second stint has the Head Coach of the Blue Demons. He also lead them from 2002-2005, getting two NIT appearances and one NCAA Tournament berth. For a Blue Demons team that has been stuck in last place in the Big East for many years now, they are looking for Leitao to turn the program around. So far, it has been tough going as they sit (0-2, 7-7) to start the season.

Much like the Illini, the Blue Demons are working with a very young team. Any Veteran leadership they can find they will take. Maric is averaging 12.3 PPG while adding 5.8 RPG on the young season. He will have to help Leitao this season to help the young players, and show High School kids DePaul can be a force in the BIG-EAST once again.

Early Season Takeaways: It isn’t going to be a quick turn around for Leitao, and that has shown early on this year. DePaul has not fared well over the past few years in the BIG-EAST, and it looks to be another tough season ahead with the way they’ve played early on. For Leitao and company they have to focus on getting the young players quality playing time and going back to what DePaul basketball is all about.