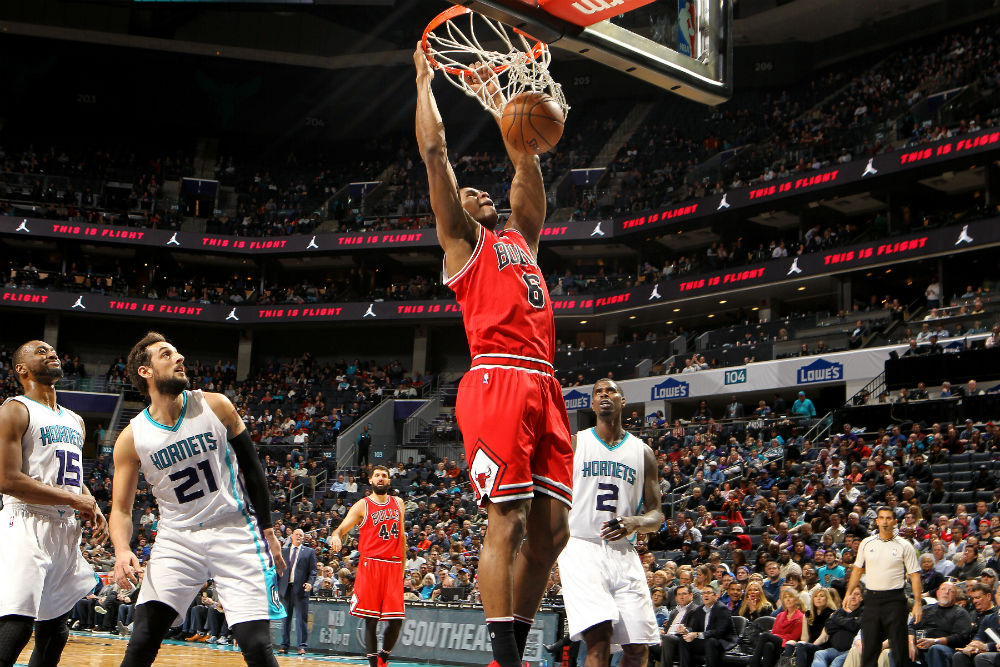 Gar Forman once said that himself and the rest of the front office viewed center Cristiano Felicio as part of the core. Now, the Brazilian big does not even see the floor.

Felicio and the Bulls agreed to a four-year, $32 million deal at the start of the free agency period last offseason. The third year pro showed some promise last season that he could be a solid role player. His ability to be effective on the pick and roll is one of his bright spots and ability to finish at the rim. Though overall, he has failed to make an impact this season.

“His big thing is making an impact defensively with his pick-and-roll coverage. We felt he was one of the best bigs in the league a year ago with that,” Hoiberg said. “And then make winning plays on offense, which is rolling to the rim, catching the ball and finishing while setting great screens.”

The Brazilian Bull, as Bulls announcer Stacey King  calls him, has been a “Did Not Play- Coaches decision” in three of the Bulls last four contests, five total this season. His performance toward the end of November sealed his fate.

It was not just the return of Bobby Portis and Nikola Mirotic that led to him riding the bench. If Felicio was being productive in his time off the bench, Coach Fred Hoiberg would have found a spot for him. But with the surge of scoring from both Portis and Niko, Felicio is just along for the ride.

$8 million a year? Really Gar/Pax? Felicio averaged just 4.8 points and 4.7 rebounds last season. I was fine with bringing him back but for this price tag, no way. Now, the Bulls find themselves extremely overpaying for someone who doesn’t play.

Felicio’s skill-set is very limited. He does not seem to have a jump shot and is not known as a shot blocker. We would not be so worried about Felicio if he did not take up eight million of the cap space.

According to K.C. Johnson of the Chicago Tribune, the Bulls have made preliminary inquiries to access the trade market for Nikola Mirotic and Robin Lopez. Both players should draw plenty of interest with Mirotic playing well and a unrestricted free agent after the season while Lopez can help a contending team. If either get moved, that would open a door for Felicio to get significant playing time.

At some point this season, Felicio will have a chance to prove himself again. Until then, his overly priced contract will be the only storyline associated with him.