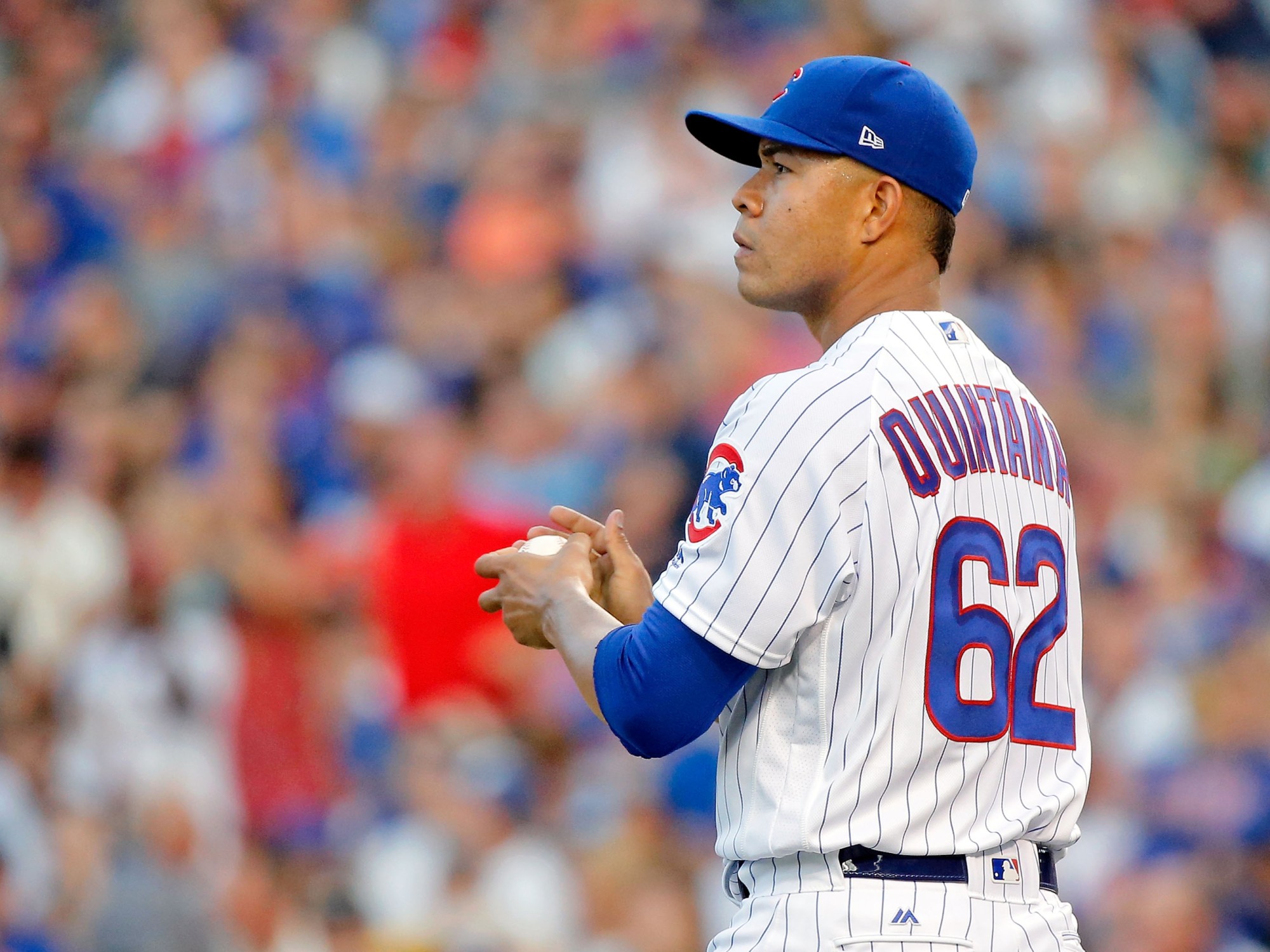 Game 5 of the NLCS between the Cubs and Dodgers features a rematch of game 1. Jose Quintana will go for the Cubs and Clayton Kershaw will be on the bump in attempts to get the Dodgers to the World Series. The Cubs are down in the series 3-1 and need another win tonight to stay alive and bring the series back to Los Angeles.

Quintana pitched very well in his last outing at Dodger Stadium, he gave up two runs in the fifth inning which ended his night and the Cubs would go on to lose 5-2. In 5.0 IP, he gave up two earned on two hits and struck out four. Kershaw was not spectacular in that first game, but was decent enough as he held the Cubs to two runs on four hits in 5.0.

The Cubs have scored only six runs (all scoring via the home run) in four games while the Dodgers have scored 17 times and have drawn 26 walks. Rizzo and Bryant are hitting a combined .138 with no XBH and 12 strikeouts, that needs to change if they want to go any further. Last night solo shots by Javier Baez (2) and Willson Contraras was all the Cubs needed as Jake Arrieta, Brian Duensing and Wade Davis held the Dodgers to two runs for the victory. Note that Davis threw 48 pitches in a two inning save last night and he will not be available tonight.

Here are the three keys to the game for the Cubs:

-Get to Kershaw in the first two innings

-Solid defense, no misplays or mistakes.