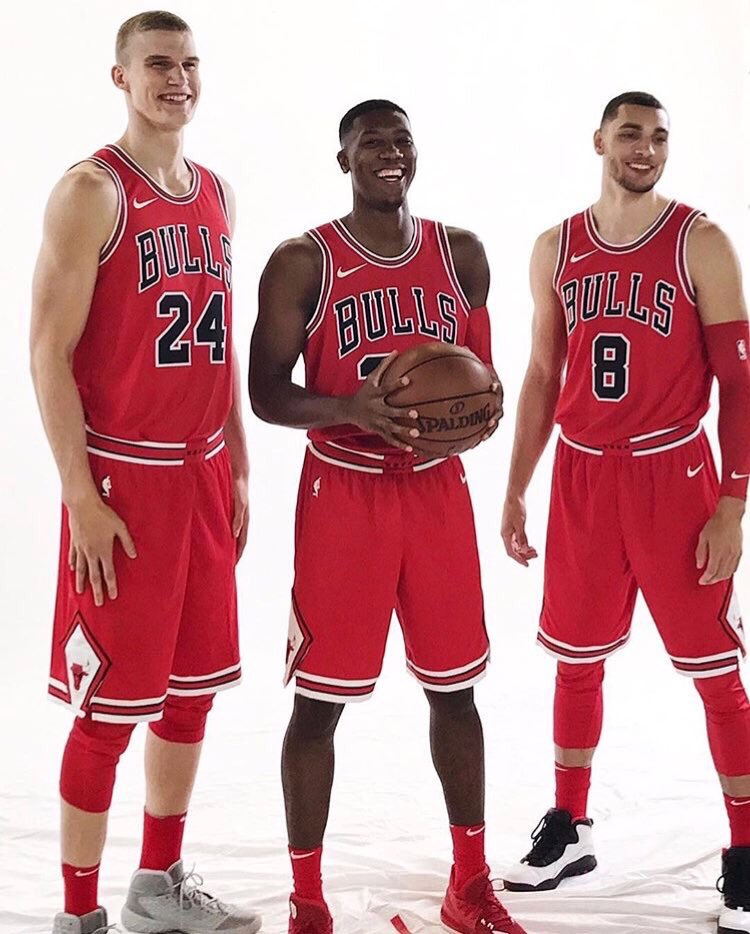 The Chicago Bulls held there media today at the Advocate center. The three main topics of interest for Bulls fans would be from Zach Lavine, Laurie Markkanen and Coach Hoiberg.

Zach Lavine is coming off an ACL injury from last year that ended his season. He said he’s “running faster and jumper higher prior to the injury.” The former Timberwolves Star also explained how he won’t change his approach to the game because of the injury.  While LaVine says he will be ready for the season opener, he understands if the Bulls want to take the conservative route and keep him out just a few more weeks.

Laurie Markkanen, the Bulls top pick from this years draft, talked about how playing in the Eurobasket tournament this summer helped his game. “Playing against full grown man can help me in the training camp and season this year” said Markkanen on Monday.

Gar Forman and John Paxson raved about the young team and the culture that’s being built here. Saying “we want a group of players that no one wants to face up with”. Gar Forman said “Its incredible whats happened in our gym this summer, the culture that’s been created.” The Bulls sure have went full rebuild mode this year and the early signs look promising.

Coach Hoiberg was excited about this “young, athletic team” saying “I want to give our players a lot of credit for the commitment they’ve shown being in the gym this summer.” Hoiberg also said other then Lopez, it’s an open competition for the starting roles.

To say the least, this training camp and even this season will be exciting to watch the young guys develop. Bulls fans should be prepared for not a great season win wise, but a developmental  season. They have entered full rebuild mode which is exactly what this franchise needed.