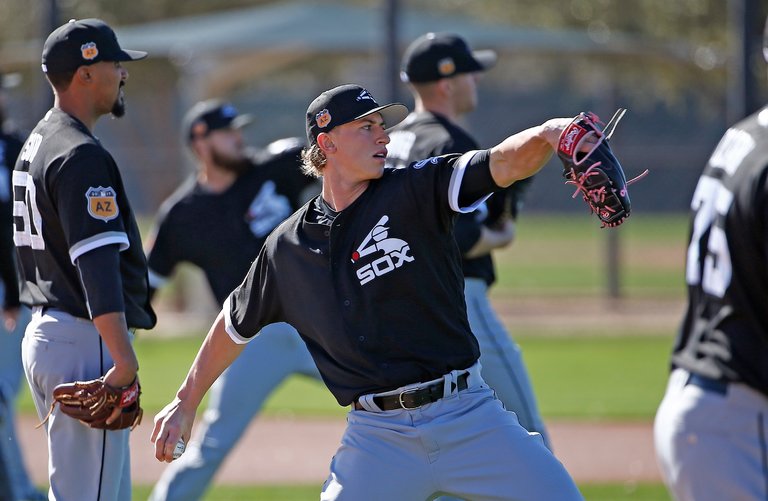 Last Thursday, the Charlotte Knights finished up their three-game series with the Toledo Mud Hens. The Knights only managed to take one game in the series. However, yesterday the Lehigh Valley IronPigs came to face off against the Knights in game one in Charlotte.

Third baseman D.J. Peterson had his first home run with the Knights in the bottom of the seventh, which brought in two runs. Knights Pitcher Tyler Danish only let up three runs over seven innings along with four strikeouts. The Knights came out on top with a score of 8-3.

Besides the game one recap, Charlotte had some bigger news this week as RHP Lucas Giolito was called up to make his debut with the White Sox in a doubleheader against the Minnesota Twins on Monday in Chicago.

Even better, one of the top pitching prospects for the Sox, Michael Kopech, has been promoted to Triple-A to play with the Charlotte Knights. Kopech’s debut with Charlotte will also be on Monday in Norfolk, Virginia.

No doubt, it will be exciting to see what Giolito and Kopech can do as they make their debuts. Although Giolito has currently has a 4.48 ERA, according to White Sox manager Rick Renteria Giolito is continuing to grow and throwing a lot of strikes and utilizing his secondary pitches effectively.

Kopech has been lights out for Birmingham with a 2.87 ERA, 155 strikeouts, and 60 walks within his 119 inning pitched. Kopech will undoubtedly be an incredible addition to the Charlotte Knights pitching staff and hopefully the White Sox later on down the line.