The Bulls finished off their Summer League stint with a win against the Philadelphia 76ers bringing their record to 2-3 in Las Vegas. Their record reflected their play, missed players, and a glimpse of what is to come this season. The rebuild will be a process, even painstaking at times, but this Summer League was the beginning of it.

There were five players looking to get solid minutes during the five games, and the Bulls had hoped they would build some chemistry leading into the season, Kris Dunn, Cameron Payne, Lauri Markkanen, Paul Zipser, and Denzel Valentine. Valentine is the only of of the five who made it through all five games. Dunn and Payne had to leave early due to family matters, and both Markkanen and Zipser missed the last couple of games with injuries. In the short time we saw each player,  there were high points, offset by and equal amount of low points.

With such a young team heading into the season, the Bulls are going to lean on Wade to help the young Bulls through the season. It was present in  Summer League games that when the Bulls hit a slump, they did not recover well or knew how to handle the adversity yet in the league. We have seen this type of play from young teams when it comes to the regular season before. One of the best examples if the 76ers. For the past few seasons they have had to deal with a young team without a veteran leader to help them through their struggles and it has shown in their play. Luckily for the Bulls they will have Wade, but the growing pains will still be there. 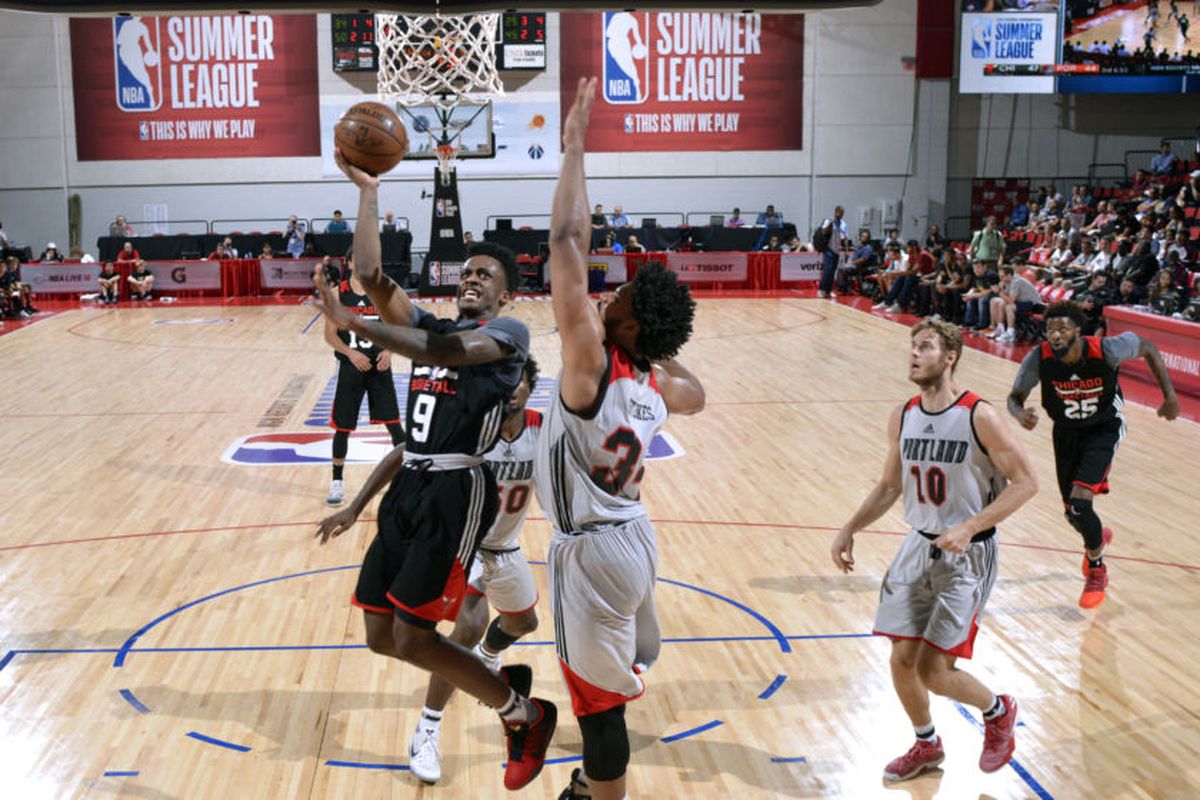 Some high points from Summer League were Lauri Markkanen showing some improvements in the minutes he was able to log. The coaches will have to continue to work with him throughout camp and this season for him to mold into a core player they want him to be. A surprise player who showed promise in four games was Antonio Blakeney (Pictured Above) who singed a two-way contract with the Bulls. This means he will split time between the Bulls and the Windy City Bulls. He averaged 16.8 PPG on 43.8% shooting while grabbing 5.0 RPG. He could prove to be a valuable piece coming off the bench during the season.

All in all I would grade the Bulls Summer League a C-. Slightly below average, with many areas of improvement needed to propel them forward throughout the rebuild. It may not be a pretty season, and there will be many low points, but this is all part of a rebuild the Bulls are committed to moving forward.