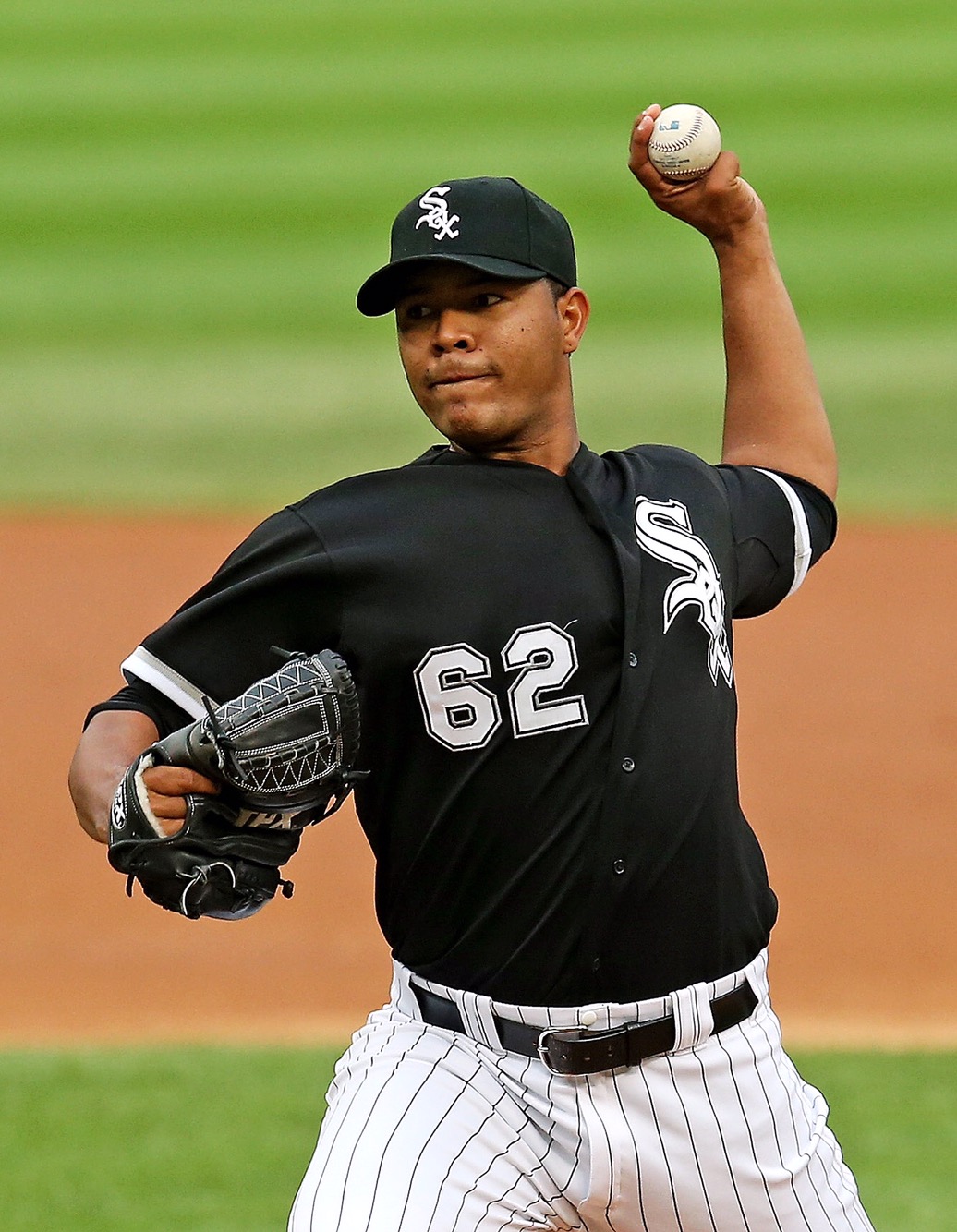 Well, So much for the Cubs standing pat right? We already knew the White Sox were going to trade Jose Quintana and they wanted two top prospects for him. Well, they got that and a couple more throw ins for good measure.

In totality, the Cubs receive White Sox Ace Jose Quintana and in return, the White Sox receive Outfielder Eloy Jimenez, Right handed fireballing starter Dylan Cease, and infielders Matt Rose and Bryant Flete. A nice haul for the White Sox and a controllable relatively cheap number two type starting lefty.  Quintana will probably slot in the Cubs 3rd spot so that he follows a righty who will likely be Kyle Hendricks in the Cubs postseason roster should they catch the Brewers and win the National League Central.

For the Cubs this puts them in win now mode while also maintaining and perhaps extending the future window as Quintana is here for the duration of this season and three more after that. It also signals that since the Cubs are all in to win this season there will likely be corresponding moves to come. Perhaps with the bullpen and maybe a veteran backup catcher. This also strengthens the pen as Mike Montgomery almost certainly goes back to the bullpen as does Eddie Butler once Kyle Hendricks takes his place in the Cubs rotation.

Now you have a rotation that looks very much like a world series rotation in Jon Lester, Hendricks, Quintana, Jake Arrieta and John Lackey as your fifth who may have a resurgence after resting his planters fasciitis not to mention he now faces the opponents fifth starter as opposed to their third. This also works in Arrieta’s favor as he now faces the opponents number four starter. That’s a lot less pressure.

The sub-story here also means Kyle Schwarber is likely going nowhere. A big reason for choosing him over Jimenez as their franchise left fielder is the lefty power bat and now balances their lineup well with a nice mix of right-handers, natural left-handers, and switch-hitters. Getting the starting pitching in order was the top priority for a run as you figure the defense and the hitting should improve drastically in the second half giving the depth and talent on this roster.

For the Sox it gives them 9 of the 68 top prospects in all of Major League baseball! They are well on their way in their rebuild with even more young talent to come as they should have a high draft pick slot, plenty of International free agency slot money, and even more veterans to trade off for more young controllable talent. It also shows that if there was any doubt before there will be none now, White Sox General Manager Rick Hahn is firmly in charge of baseball operations and this rebuild. Especially considering this is the first trade between the inner city rival Chicago baseball teams in what seems like forever. For the White Sox this shows a very progressive mindset and one the White Sox fans should be extremely happy about.

So will the Cubs get back in the race? No one can answer that for sure, but even before this trade most knowledgeable baseball media members and organizations in Major League baseball thought that the Cubs would likely catch the Brewers. With this trade, that possibility is, even more, likely now. Anyone ready for the second half of the Major League Baseball season and playoffs now?