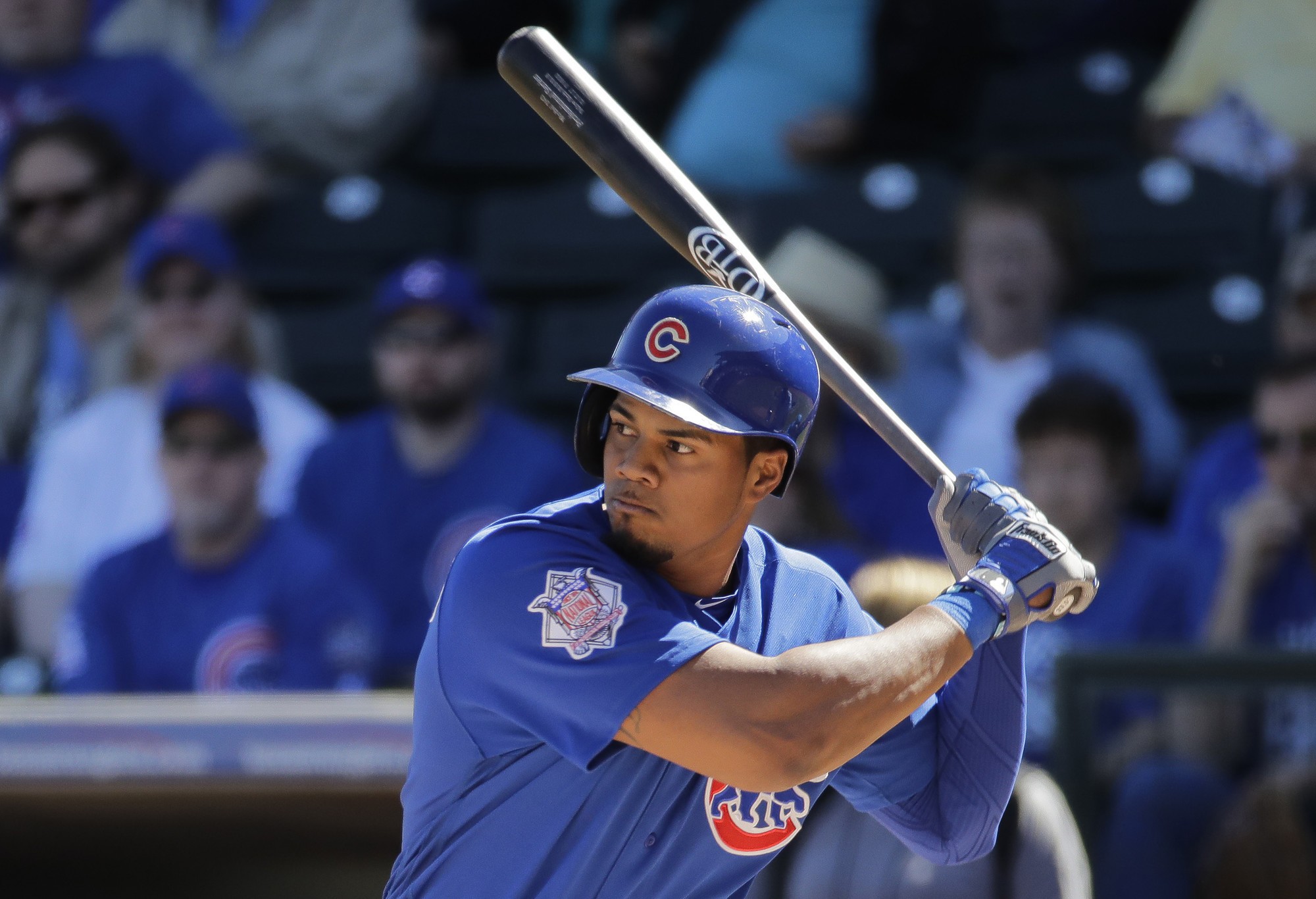 When your team is tired and in a slump…and has to play a double-header it is great to be able to call up reinforcements. Before the DH on Tuesday, the Cubs called up infield prospect Jeimer Candelario to fill in for a fatigued Anthony Rizzo and help fill holes with Addison Russell banged up. The original thought was that he would be sent right back down after the DH, but he remains up.

Candelario (23) has impressed the team and fans in AAA this year posting a .340/.443/1.093 slash with four homers in 28 games. Since being called up a few days ago he is batting .125 with walk and RBI in eight at bats. While he likely will not be up much longer, fans and management can hope he puts up an impressive show.

With no real future for him on the roster, Candelario is a guy who the Cubs are looking at for trade value. Theo Epstein will be pitcher-hunting during this season and Candelario is likely going to be in the mix in trade-talks. Not really sure how much longer he will be up in the majors, but there is no doubt he has value with his AAA numbers and being a valuable prospect hopefully gives many selling teams interest.

Would Candelario get you an Archer or Gray straight up? No, not at all. He would be part of a package, but an essential part of a package. There are plenty of names out there and teams looking to sell, time to see what Theo has up his sleeve.