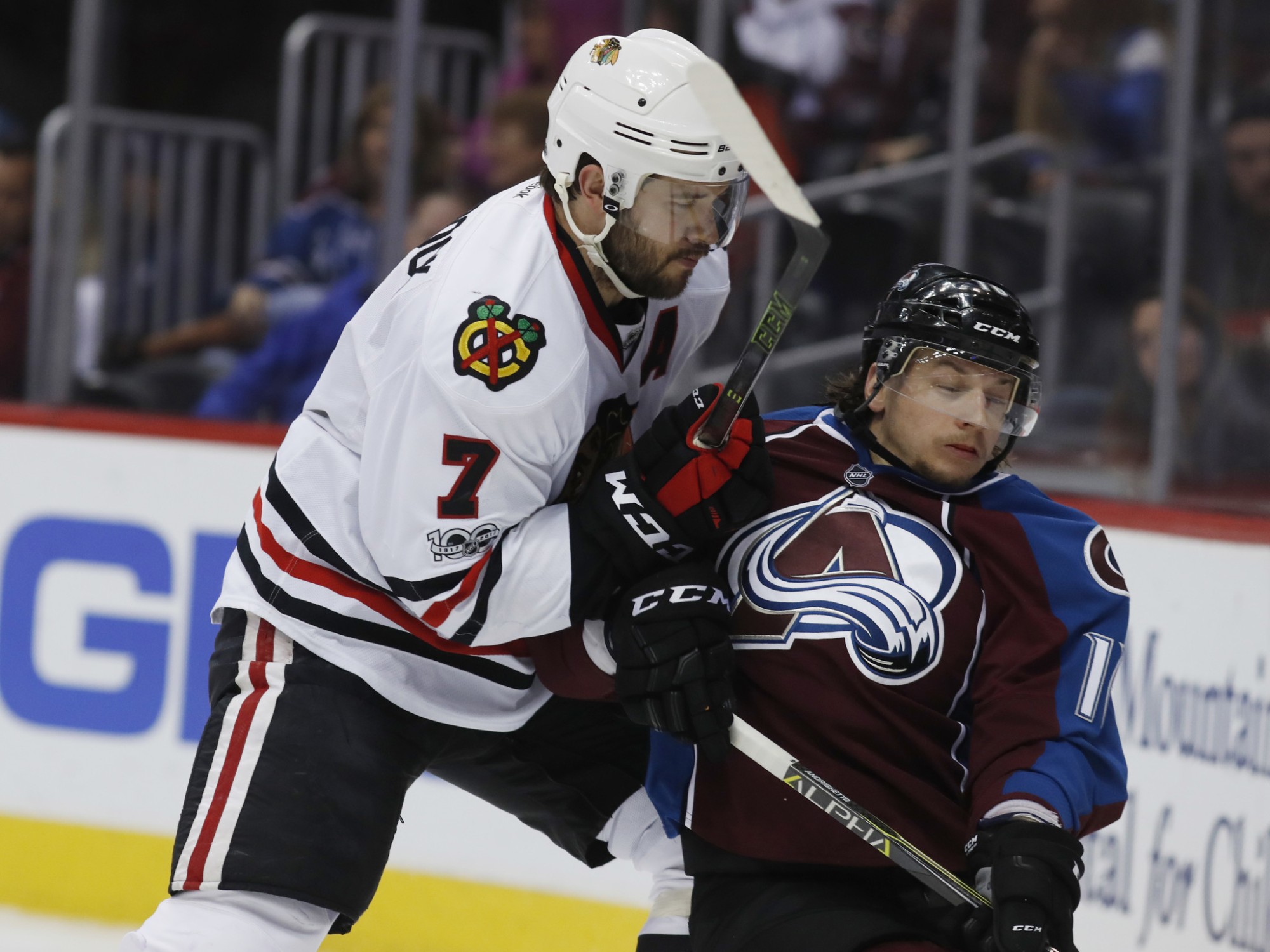 The Chicago Blackhawks fell to the Colorado Avalanche 4-3 via overtime in an off-setting hockey game.

The first period wasn’t so fantastic for the Hawks. They ended up giving the entire momentum swing in favor of the Aves, drowning in a 16-3 shot disadvantage and keeping themselves under heavy pressure. One thing that didn’t help; Jonathan Toews going 0-for-6 in face-offs in the opening frame. His unusual performance allowed the Aves to keep possession on the Hawks and keep them out of the game.

Luckily they were able to escape the horrid first period and looked to improve in the middle frame.

During the second period, the Hawks exploded offensively, but left a few holes in their game as well.

After taking a commanding 3-0 lead early in the period all thanks to Artemi Panarin, rookie Ryan Hartman, and Marcus Kruger. Yes, Kruger. His nifty breakaway tally was good enough to like the Hawks stole the show and were going to run with it.

However, as the saying goes; no lead is safe when you’re against the worst team in the NHL, right?

The Hawks were unfortunate enough to let their guard down in the final eight minutes of the period, allowing Matt Duchene and Gabriel Landeskog to score two shorthanded goals to bring them within one goal heading into the third period.

Definitely not the way you want to blow a lead, but anything is possible when you’re the Colorado Avalanche.. Except the playoffs.

In the third period, the Aves kept their streak of success and eventually tied the game just 5:46 into the period, when Mikhail Grigoreko tipped in a shot from Duchene.

The Hawks were able to wait out the clock and defend against the Avalanche’s onslaught and survived their three goals on 50 shots during the course of regulation. The game headed into overtime, where the deciding goal took place.

Unfortunately, the Aves got the last laugh with Erik Johnson’s goal two minutes into the over time period.

For some reason, the Hawks have a hard time facing the Avalanche. They can beat top tier team like the Washington Capitals, the Columbus Blue Jackets, and the Pittsburgh Penguins, but they can’t even out play one of the worst teams in the league.

The fact that the Hawks allowed 50+ shots against the Aves is remarkably unexplainable. The Hawks were lucky enough to have been able to reach the overtime period, where they fell short.

If theres a reason to be scared right now about the playoffs for the Hawks, you’re looking at it right now.