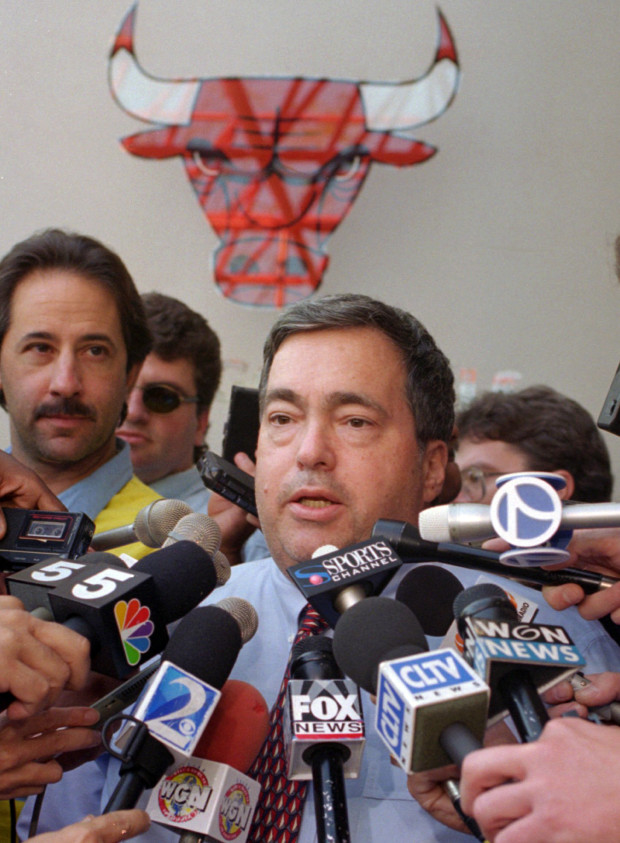 Jerry Krause, the Chicago Bulls general manager during their six NBA championships, has passed away at the age of 77.

Krause, former White Sox scout, became the Bulls general manager in 1985, one year after Michael Jordan was drafted. And through Jordan, Krause created not only his own legacy but a dynasty that dominated the 1990’s in the NBA.

The former Taft High School attendee in Chicago was an integral piece in the Bulls becoming the dominate force they were in the 1990’s. It was the 1987 draft that Krause drafted Scottie Pippen and Horace Grant. And it was Krause who hired Phil Jackson from the Continental Basketball Association to serve under head coach Doug Collins, who would later become the head coach in 1989.

Krause was a master at his craft and his legacy will live on. “Jerry was known as “The Sleuth” for his secrecy but it was no secret that he built a dynasty in Chicago. We, who were part of his vision in that run, remember him today,” Phil Jackson said Tuesday.

Other moves that led the Bulls to greater dominance was trading Charles Oakley for Bill Cartwright and Will Perdue for Dennis Rodman. And the many free agent signings, notably John Paxon, Steve Kerr, Bill Wennington, Randy Brown, Ron Harper and many more that led the Chicago Bulls to six NBA titles in eight seasons.

“The entire Bulls organization is deeply saddened by the passing of Jerry Krause,” said Chairman Jerry Reinsdorf.  “Jerry was one of the hardest working guys I have ever been around, and he was one of the best talent evaluators ever. Jerry played an integral role in our run of six championships in eight years. He truly was the architect of all our great teams in the ’90s. I would not have been elected to the Naismith Memorial Basketball Hall of Fame if it were not for Jerry. We will miss him tremendously, and we send our thoughts and prayers to his wife Thelma and the Krause family.”

Krause did not succeed in rebuilding the Bulls post-dynasty which led Reinsdorf in finding his replacement, John Paxson in 2003.

How does Gar Forman come into the mix? Forman was hired by Krause as a scout.

In a statement to the Chicago Tribune, Michael Jordan said: “Jerry was a key figure in the Bulls’ dynasty and meant so much to the Bulls, White Sox and City of Chicago.” He added: “My heartfelt condolences go out to his wife, Thelma, his family and friends.”

The two time NBA Executive of the Year went back to scouting after his time with the Bulls. He was a scout for the New York Yankees and then joined the Mets in the same position in 2005.  He returned to Chicago in 2010 and joined the White Sox at the position he had before winning six NBA titles. Krause was later appointed by the Arizona Diamondbacks as a special assistant to scouting in 2011.

Krause left a legacy in Chicago. His knowledge of the game and ability to find talent led the Bulls to become the powerhouse of the 1990’s. A memorial service is scheduled for April 9th.