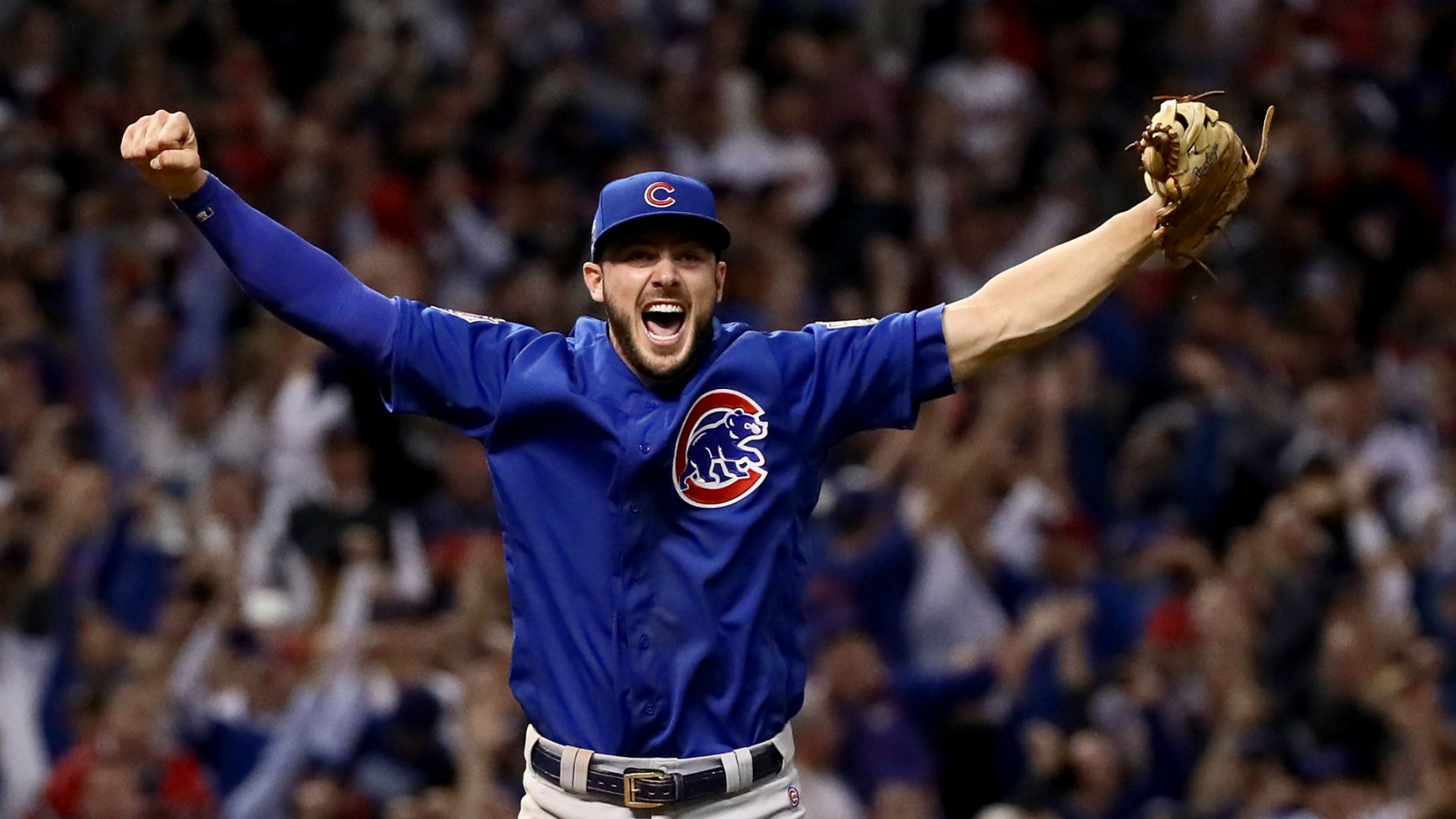 Unlike the popular show “Everybody Hates Chris”, everybody LOVES Kris Bryant.  The man has the looks, the bat pop, the glove, and two rings, hopefully ;). He won the MVP award and the hearts of Cubs fans and women everywhere.  Bryant’s excellent season was one of the many accomplishments of the “Boys in Blue” last year, and there is good reason to think it’ll be one of the many accomplishments of the Cubbies this year as well.

Bryant  is at the ripe age of 25. He is what many call: his prime. Last year he hit .292 with an outstanding .385 OBP. Bryant added 39 HRs and 102 RBIs that sealed the deal for the MVP. While those numbers are excellent, they are not career milestones. There is valid reason to believe Kris is going to produce the exact same, if not better results come the 2017 season.  Bryant was eager last year to start his first full season, he was a sophomore and albeit, inexperienced. While not a veteran, his tutelage under friends Anthony Rizzo and David Ross and the length of a full season and post-season has given Bryant an extensive amount of knowledge under his belt.

Bryant began 2016 as a fastball chaser.  Anything up high, he mentally figured he could kill out of the park.  However, to his dismay, a lot of pros have the potential to blow those by him.   He improved however, from early April to the All-Star game, adding an increase in his OBP mainly through walks. Bryant’s spring stats this year don’t point to any age effects either.  On Sunday, he blasted his second home run of the spring and is hitting a modest .242. While Spring stats don’t correlate directly to the upcoming season, they do point to how rested, how prepared, and how healthy players are.

Bryant’s stats are exactly what they should be, reserved and modest. Not only does he look prepared, he has been working on his swing all winter, keeping his hands more level with each swing, enabling him to poke low strikes to the opposite side of the field. Something he lacked in his previous two campaigns.  Kris had only one single home run to the opposite side of the field last year, look to see a few more this year, however the man is still a powerful pull hitter through and through.

Anyone will tell you Kris Bryant is the best player in the National League this upcoming year. He is ready for the season of his life, and may even add another ring to that collection.