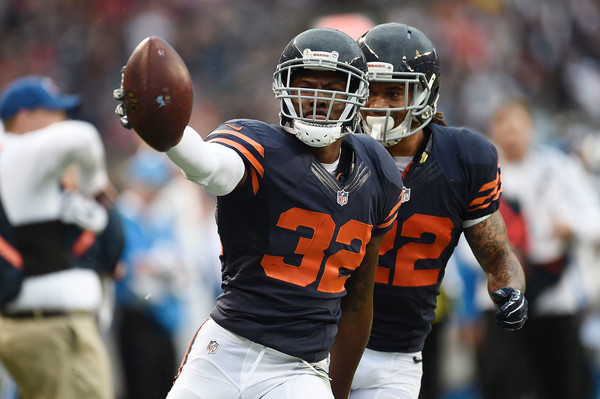 Hall’s instincts and tackle production scream safety if he can add muscle to his frame-NFL.com Draft profile on Deiondre’ Hall

Deiondre’ Hall was a great pick by the Chicago Bears in last year’s draft. The Northern Iowa product was a very underrated player coming out. In his last season at NI, he recorded 82 tackles and 6 INTs. He is aggressive, explosive, and has great ball skills.

Hall missed a majority of the season last year with an ankle injury. But when he got a chance to play, he made some good plays. Here is one from Week 1 vs Houston. Hall plays the WR pocket (in between the WR hands) and breaks up the pass.

#Bears DB Deiondre' Hall could really thrive at safety. He has the length,size, and physicality. Here's WK 1 vs HOU. Great play. pic.twitter.com/8sa6aUzfds

Rich Campbell, who covers the Chicago Bears for the tribune, broke the news on his podcast that the Bears are going to try Deiondre’ Hall at safety next season. Upon hearing this, I came to the conclusion that this could really work.

With the Bears signing two cornerbacks in free agency, Prince Amukamara and Marcus Cooper, the cornerback depth chart got a lot bigger. While that is not bad for it creates a lot of competition, it could lead to a position change.Hall could battle it and win the job, it’s very possible, but with now seven veterans ahead of him, it would be a big climb.

The safety position is  wide open for the Bears. No certain player played exceptionally well last season. Adrian Amos still is looking for his first career interception and he will be entering his third NFL season. If that does not give you a clear picture of the safety struggle for the Bears I do not know what else will. Harold Jones-Quartey and Deon Bush did not really show anything real promising that they could be the answer. Bush eventually replaced Jones-Quartey later in the season as a starter only to be replaced by Jones-Quartey after Bush was not playing well. The Bears need to find safeties  for it has been a big hole for awhile.

Hall would be a great place to start. His aggressiveness and ball skills speaks safety. Like his draft profile, he needs to add muscle to his frame. Giving he is doing that this offseason, I can see Hall playing next to Quintin Demps. Hall did play some safety and even played inside the box while at Northern Iowa. His athleticism and his football IQ should make this a successful move by the Bears.