For the first time since 2009, the Chicago Bulls will head into Cleveland to take on LeBron James and Cavaliers without Taj Gibson as a member of the Bulls. While the Bulls are currently in a state of…well no one really knows, the Cavs have won eight of their last nine games sitting on top of the Eastern Conference.

But even though some familiar faces are gone, there is always the coveted Jimmy Butler vs. Lebron James match-up which is always a joy to watch. 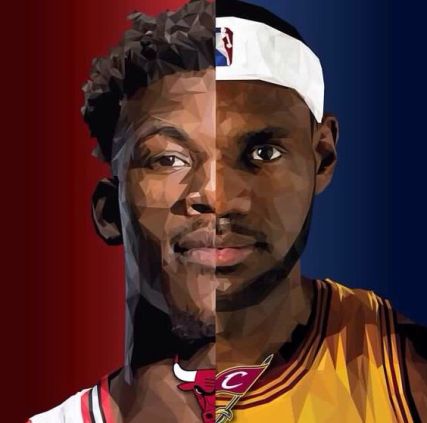 After the “New and Not-Really-Necessarily Improved” Chicago Bulls team defeated the Phoenix Suns 128-121 in OT at the United Center last night, the Bulls sit back at .500 (29-29), battling for the 6th seed in the East.

Meanwhile,the 40-16 Cavs are looking for their 5th straight win coming off a 119-104 home win against the New York Knicks as LeBron James recorded his sixth triple-double of the season. While the Cavs have 40 wins and are much better than the Bulls in the standings and on paper, the Bulls are 2-0 against their conference rival and look to make it 3-0 tonight.

The team,as previously mentioned,will be different than the one that faced the Cavs last on January 14th. Doug McDermott scored 17 points and Taj Gibson scored 18 with seven boards their last meeting; both are now on the Thunder. Jimmy Butler has started in both matchups this year and has a total of 46 points, 14 assists and 14 boards while LeBron has 58 points in two games against the Bulls.

Hoiberg says there's a "chance" players in OKC trade play tomorrow after going through walk-through in the morning.

This will be the last regular season matchup between the two teams in Cleveland. The final matchup is at the United Center on March 30th.